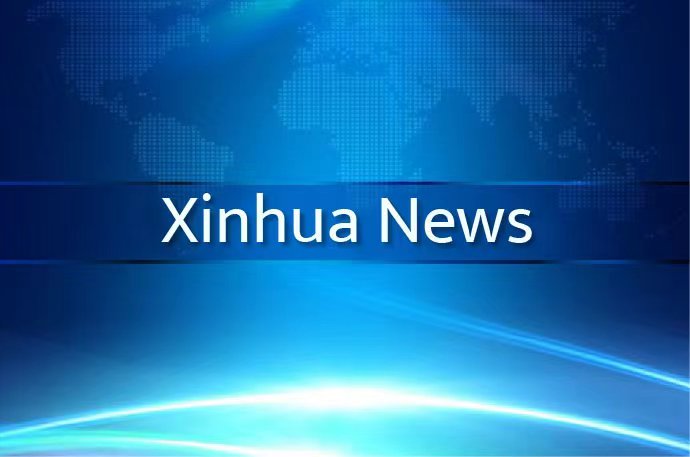 BEIJING, Sept. 7 (Xinhua) — Xi Jinping, general secretary of the Communist Party of China (CPC) Central Committee, president of the People’s Republic of China, chairman of the Central Military Commission and head of the Central Commission for Comprehensive Deepening Reform , chaired the commission’s 27th meeting on Tuesday afternoon. At the meeting, the commission reviewed and adopted five documents. They are opinions on improving a new system for mobilizing domestic resources to advance fundamental technologies in key fields of the socialist market economy, opinions on deepening the reform of the academic system, opinions on comprehensively strengthening the work of resource conservation, a guide on deepening the pilot programs for the market-based transfer of the right to use rural collective land designated for business-related construction, and opinions on deeper reforms to promote the healthy development of the medical system and rural health.

Priority must be given to institutional improvement and resolution of outstanding issues as we strive to select the brightest candidates for academics and best perform their role, so that such a title is affirmed as an academic honor as it should be.

The new philosophy of development must be applied comprehensively and precisely, in the conservation of resources throughout the process of economic and social development and in all its fields. Efforts should be made to promote the overall management, rational allocation, comprehensive conservation and recycling of resources, and increase efficiency in the utilization of resources, including energy, water, food, land, minerals and raw materials, in order to accelerate a fundamental change in the way resources are used.

Work should be done to deepen pilot programs for the transfer of the right to use collective rural land for business construction based on the market, in the process of which strict requirements must be met and procedures standardized to explore solutions to profound problems that have arisen during our reform.

It is important to build a rural health and medical system that is tailored to the countryside and characterized by quality and efficiency, so that residents can enjoy access to fairer and more systemic medical services in their neighborhood.

Li Keqiang, Wang Huning and Han Zheng, members of the Standing Committee of the Political Bureau of the CPC Central Committee and deputy heads of the Central Commission for Comprehensively Deepening Reform, attended the meeting.

The meeting pointed out that, with the forces of government, market and society well combined, national strengths should be mobilized, reasonably coordinated and relevant mechanism optimized to form research synergy so that a new national system is built. to facilitate major technological advances in key areas. Strategic planning and the systematic deployment of resources must be strengthened and oriented to our national strategic objectives, targeting key areas and important tasks that affect the industrial, economic and national security of the country. The main priorities and tasks must be clarified to focus on the key technologies that will allow our country to take the lead in the competitions and in the basic and cutting-edge technologies that will set the course for future development.

We must strengthen the centralized and unified leadership of the CPC Central Committee and establish an authoritarian decision-making and command system.

We must build an organization and operation mechanism to achieve key breakthroughs in a coordinated manner, efficiently allocate scientific and technological forces and innovation resources, strengthen interdisciplinary and cross-domain efforts in research, so as to form strong synergy to advance core technologies. in key fields.

Efforts should be made to promote a better combination of effective market and efficient government, strengthen the dominant position of enterprises in technological innovation, accelerate the transformation of the government’s role in science and technology management, to create better innovation ecology and stimulate enterprises in innovation.

Since the XVIII National Congress of the CPC in 2012, we have worked to improve the mechanism for selecting and evaluating academics, optimizing the design of disciplines, implementing the retirement and graduation system, and advancing the style of work and study. The academic system has been continuously improved.

We should be very concerned about selecting scholars from major scientific research projects and national programs, with contributions, academic achievement, and ethics as criteria to prevent harmful trends in the selection of additional scholars.

We must do whatever is necessary to encourage and support scholars to engage in scientific research, improve their style of work and study, and free them from interruption by non-academic factors.

We must strengthen supervision to enhance its sense of responsibility in research ethics and academic standards, in order to create a better academic and scientific research environment.

It was pointed out at the meeting that resource conservation is a fundamental national policy and also an important mission to safeguard the security of national resources and promote ecological conservation and high-quality development. Since the 18th National Congress of the CPC in 2012, the strategy of promoting conservation in all fields has been implemented and implemented, and the intensity of utilization of energy, water and land resources has been reduced. Efforts have been made to develop the circular economy, advocate the exercise of saving and oppose extravagance in the whole society, and promote the conservation and utilization of resources with high effectiveness and efficiency, and encouraging progress has been made. More efforts are required for greater resource conservation in important areas such as energy, industries, construction and transportation, and the pivotal role of scientific and technological innovation in promoting energy saving and low-carbon production. It is imperative to raise people’s awareness of saving, promote simple, moderate, green and low-carbon lifestyles, and oppose extravagance and excessive consumption to create an atmosphere in which all people glorify saving. Market-based and law-based measures should be taken comprehensively to speed up the construction of a mechanism that forms resource prices, corresponding to the degree of resource scarcity, the cost of ecological damage, and the cost of environmental pollution. The efficiency of energy, water and material consumption in key industries and important products should be constantly improved and gradually increased to facilitate the rational allocation and conservation of resources. It is imperative to balance the relationship between use and conservation, development and protection, locality and totality, and short-term and long-term needs. We must not only firmly take into account the possibility of worst-case scenarios, carry out strict supervision and management, and prevent and defuse major resource-related risks, but also take into account the real need for social and economic development, according to the meeting.

The meeting highlighted that promoting the reform for the transfer of the right to use collective rural land destined for business construction based on the market is an issue that concerns the immediate interests of farmers and entails important adjustments of interests between various sectors. , which must be carried out in a prudent and constant manner. The number of pilot counties (cities, districts) must be kept controllable. Equal access to the market should be given to both rural collective building land and state-owned building land to ensure that they have the same right and price, provided that they are in line with the planning policy, construction regulation, use and are acquired in accordance with the law. , so that they can be traded in a building land market that applies the same rules in both urban and rural regions and is subject to due supervision. We must continue to conserve land resources and use them efficiently, adhere to the “plan before you build” principle, and design a balanced plan for lands of different uses. Public ownership of land should be firmly upheld, the size of arable land prevented from being encroached upon, and the interests of farmers well protected. We must ensure the designation of permanent basic farmland, the red lines to protect ecosystems and the delimitation of limits for urban development.

It was pointed out that since the 18th CPC National Congress, the CPC Central Committee has attached great importance to building the rural health system. A series of measures have been taken to improve infrastructure, strengthen the rank of medical workers and perfect the operating systems of health institutions in rural areas. The capacity of the rural health service has been continuously strengthened, with the basic health service equally accessible to all rural residents. More efforts were urged to carry out comprehensive planning of county health resources, optimize their distribution, and ensure rational allocation of health resources in rural areas. In order to build a professional and standardized team of rural doctors, solid measures must be taken to improve the cultivation and introduction of talents and solve the problems related to the salary and welfare of rural doctors. The health care capacity in rural areas should be further improved and the functions of the rural health service system strengthened. To safeguard people’s health, more work should be done to improve disease prevention and control capacity and speed up the construction of a strong public health system.

Members of the Central Commission for the Comprehensive Deepening of the Reform were present at the meeting. Senior officials from relevant departments of the CPC Central Committee and the central government attended the meeting as non-voting delegates. ■