The knowledge industry, the ICT industry or the software industry has been growing by leaps and bounds for a few years. For job creation, exports and foreign exchange earnings, and for the vast road that remains to be covered.

Villa María and the president of the region’s Technological Impulse Cluster, Marcos Vega, mentioned the moment the region is going through, the importance of universities and study houses for development, and what lies ahead.

Currently, 50 companies are associated with the entity. “We are very happy as it is growing little by little year after year. Just this month we added two new partners”, he confirmed.

In this sense, it ensures that practically all the activities of the knowledge economy associated with ICT are covered within the cluster, such as digital marketing agencies, industrial automation companies, companies that print in 3D, those that manufacture software. Custom developers, in short, a very wide range.

All Villa María and Zone. In that sense, Vega gave details that allow us to understand the magnitude of this field in our region. “There are four clusters in the province of Córdoba: Río Cuerto, San Francisco, Córdoba and Hum. And after Córdoba, in size, we continue. And our cluster is between the sixth and seventh largest in the country”, he stressed.

“In general, all partners are growing in their activities and we hope to involve more people,” he emphasized.

In this sense, he emphasized: “I think that if there were 750 more qualified people, we would have the capacity to quickly absorb them in the cluster companies.”

Asked if this is because young people are not yet studying related careers, Vega said that, on the contrary, “I think they are on their way.”

“To get an idea, the four Córdoba clusters work together and are part of the national network of hubs and clusters. We work on this dynamic and problematic. In Córdoba we aim to create more resources for the region. Some are also working with the provincial government to smooth the ranks,” he noted.

“And, in Villa María, for example, the Superior Technician in Programming was launched at the UTN and we have had the pleasure of participating giving our opinion on the study plan to adapt it to the needs of companies so that they become professionals. Train those who can be inserted quickly in the companies of the cluster. There were more than 300 applicants to enter”, commented the president of the unit.

“I think that young people are turning to training in technology”, he insisted and did not hesitate to say that “Villa María has everything to become a great technological hub very soon”. 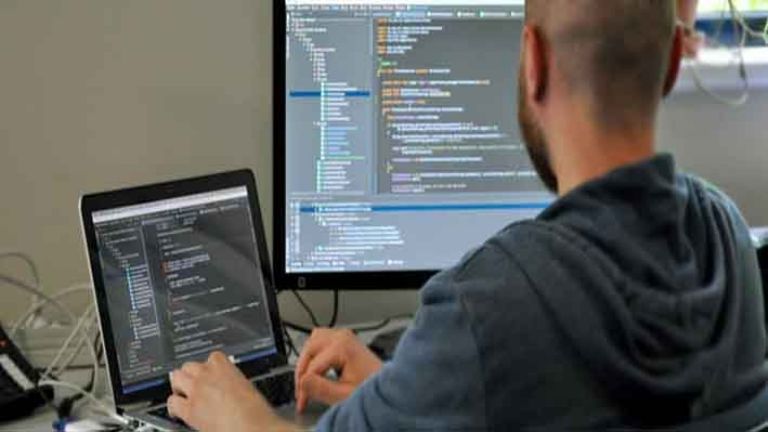 “We are working on a municipal ordinance that encourages technology companies to settle in Villa María with certain benefits and exemptions. It is also good to knock on different doors and be heard”, he mentioned some of the projects that are ahead to strengthen the sector, which today employs some 1,000 people, among the companies in the cluster.

In that sense, he reiterated: “I think we have something very good, especially in Villa María, which is the academic proposal; and we have the entrepreneurial gene that exists very strongly and with very high variables.”

He also recalled that a technological inclusion project is underway to train people with certain types of difficulties, this is in collaboration with AERCA and the municipality of Villa María.

This type of synergy between institutions is permanent, for example with industrial, logistics and technology parks, where they have a representative on their board of directors.

“These kinds of questions are great. We have a very strong community in Villa María, we try to get everyone’s discoveries… ”, she explained.

There is a peculiarity of this type of companies. “Sometimes we are invisible because we are not a large company that moves trucks in large quantities, but many times you will find companies that provide a first-class service abroad from an apartment in Villa María,” he said. Closed.