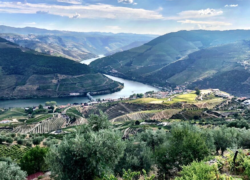 The number of Americans visiting Portugal has increased significantly, as reported by the National Statistics Institute (INE).

In July, among the total of 1.8 million foreigners who sought mainland Portugal as a tourist destination, visitors from the United States ranked third among the 17 main countries.

The record number of American tourists to Portugal comes at a time when the dollar and the euro have been roughly at par, allowing Americans to spend more money. There is also an increase in cruise tourism and more direct flights, provided by TAP Air Portugal, SATA Air Azores, United and Delta. Portugal’s distance from the war in Ukraine also favors the attraction of American tourists.

According to the INE, US tourism, which already has a 7.6% share, “continued to stand out, with growth of 35.9% in July, when compared to the same month in 2019.” In July, there were 183,000 American visitors to Portugal, which represents a growth trend since the beginning of the year.

“The United States is discovering Portugal. Until a few years ago it was an unknown country and the notion of [Portugal] be a European country. The reality has changed profoundly and now Portugal is on the American map. It is identified as a safe country, with a good quality of life, to live and work in”, said Graça Didier, general secretary of the American Chamber of Commerce in Portugal (AmCham Portugal).

“Americans like what they see. Portugal has history and culture, privileged climatic conditions, hospitality and the Portuguese in general speak English. There are also many places that are still virgin, such as the Alentejo coast and the Douro,” Didier said.

Satisfied with the data from the INE, the Secretary of State for Tourism, Commerce and Services, Rita Marques, pointed out that “these figures show that the tourism sector is, today, once again, a fundamental engine of our economy. Thanks to the support of the government, but also and above all to the spirit of resilience and creativity of the sector, our companies are responding to demand after two very difficult years and, today, Portugal once again stands out as one of the most competitive destinations at the international level. international”.

Among the main countries that send tourists to Portugal, Spain is the highest with more than 285,000 visitors, followed by the United Kingdom with more than 246,000 tourists.

There were also increases in Czech (63%), Romanian (30.7%) and Danish (18.7%) visitors. Germany was the only country that registered a drop in July, with 141 thousand tourists, 17 thousand less compared to June.

The main sending countries of tourists to the Azores are Germany in the first place, followed by the United States, France, Spain, the United Kingdom and Italy.

Portugal is increasingly becoming one of the most desirable tourist destinations in Europe. As a result, between April and June, 123 new projects were registered for the construction of hotels that will provide 14,811 rooms. And of these, 34 projects are in Lisbon which, in the future, will bring another 3,850 beds to the capital.

All issues, print and digital, are cataloged at the Library of Congress @ https://www.loc.gov/item/94648842/

The Portuguese American Magazine is classified by Google News.

PAJ honors freedom of expression, but does not allow defamatory, malicious, or abusive language, including bullying, name-calling, and intimidation. Comments that violate these requirements, including falsehoods and/or misinformation, will be removed without notice. Bullying behavior will be blocked.

**Report a correction or typo to [email protected] We are committed to upholding our journalistic standards, including accuracy. Carolina Matos/Editor.