The film Pinocchio, a fantasy musical comedy, will be released in the United States in 2022 and was directed by Robert Zemeckis from a screenplay he co-wrote with Chris Weitz. The film is a live-action adaptation of Walt Disney’s 1940 animated film of the same name, which was based on The Adventures of Pinocchio by Carlo Collodi, published in Italy in 1883.

Tom Hanks, Cynthia Erivo, and Luke Evans star in the film, with Benjamin Evan Ainsworth, Joseph Gordon-Levitt, and Keegan-Michael Key providing their voices. In April 2015, production on a live-action remake of “Pinocchio” formally began. Before Sam Mendes and Paul King were written off, January 2020 saw the confirmation of Robert Zemeckis as the film’s director.

It was announced in November 2018 that Hanks was in early talks to play Geppetto in the film, but he dropped out after King’s departure and then returned to the project in August 2020. All the big cast were cast in January and March 2020. 2021. The first month of production on set was March 2021 and they finished the following month. 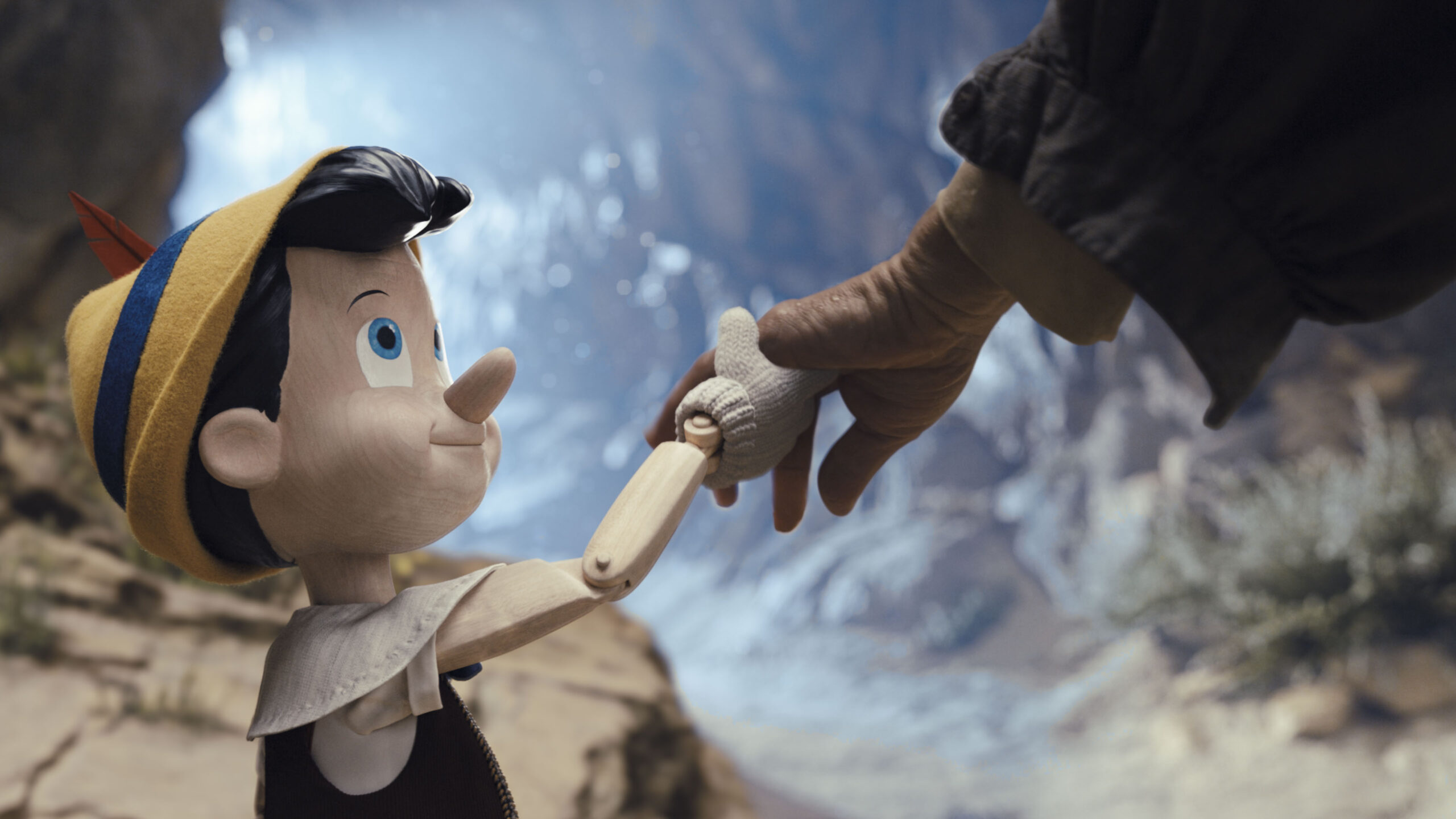 On September 8, 2022, Disney+ introduced its streaming adaptation of Pinocchio. Although the film’s screenplay, plot, dialogue, and deviations were panned by critics, the performances by Tom Hanks and Joseph Gordon-Levitt, as well as the film’s visuals and musical score, were acclaimed.

The early Disney animated films that established Walt Disney as a great storyteller and laid the groundwork for American cinematic fairy tales have always had a hard time fitting Pinocchio. Rare is the Disney fan who still loves the 1940 original, the studio’s second animated film. I was one of many who found it disturbing and terrifying.

It’s a bizarre fable about a talking wooden puppet who wants to be a boy so badly that he will see renegade children turn into donkeys and then be swallowed by a whale. Since a live-action Pinocchio remake is inevitable (for financial reasons), it stands to reason that the film would be released exclusively on Disney+ rather than in theaters. 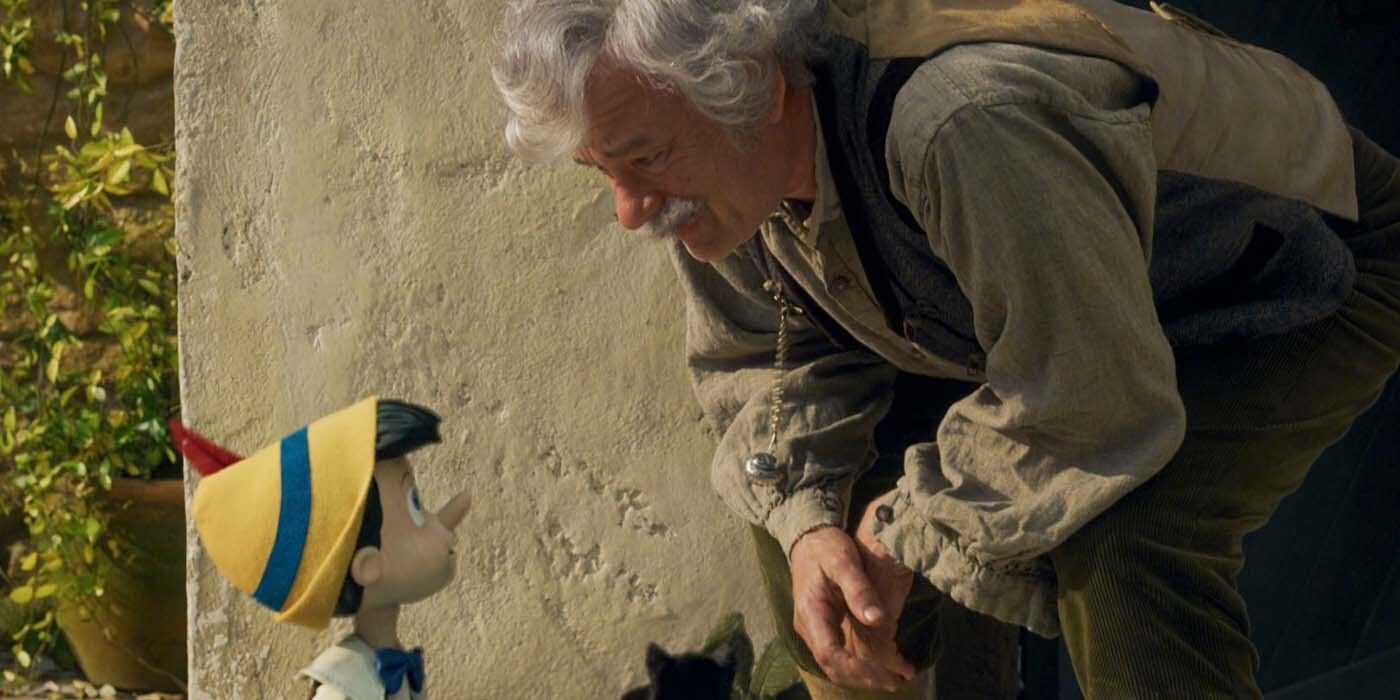 It’s an odd mix, with less zest than its live-action counterparts but somewhere between the two extremes of “children’s movie” and “adult children’s movie.” There’s a weirdness to the whole thing, as this unloved classic has been cut from the original 1883 novel by Italian author Carlo Collodi and modernized into a visually stunning but emotionally uninteresting 1 hour and 40 minute jumble.

At its best, Disney’s live-action rotation through the catalog has resulted in faithful adaptations struggling to replicate the wonder of animation (The Lion King, Aladdin). At worst, it has produced uninvited cash grabs that go deep into uncanny valley (Dumbo, Lady and the Tramp).

Directed by Robert Zemeckis and written by Zemeckis and Chris Weitz, Pinocchio leans more towards the former, but has the downside of the fact that it’s never weird, visually, to see a CGI wooden puppet interact with real humans. 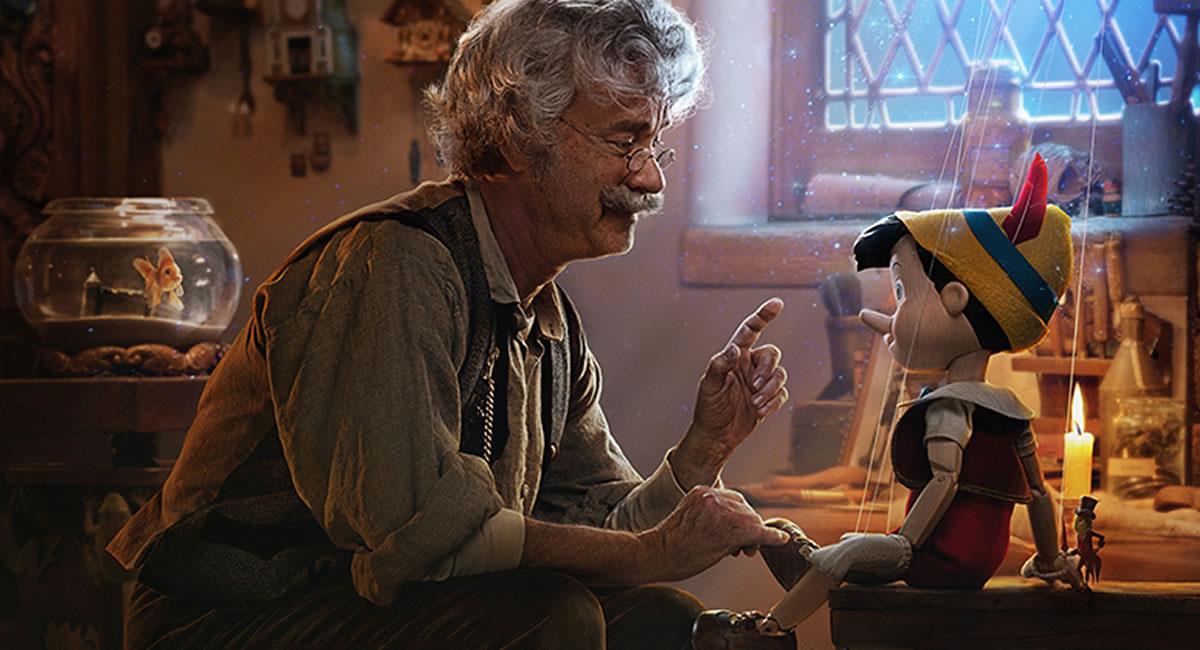 Perhaps the plot synopsis here is too long or reveals too much. Please edit this to improve it by removing the fluff and making it more concise. Dated September 2022 (Learn how and when to remove this template message.) Jiminy Cricket, along with his cats Figaro and Cleo, and a fish named Cleo, arrive at the home of Geppetto, an old widowed woodcarver, late one night in a small Italian town.

Geppetto has finished creating a puppet of his late son and has given it the name of Pinocchio. Geppetto wishes on a star every night before going to sleep. Later that night, the star mysteriously resurrects Pinocchio, and he is soon visited by the Blue Fairy, who promises that he can become a real boy if he is brave, sincere, and selfless. 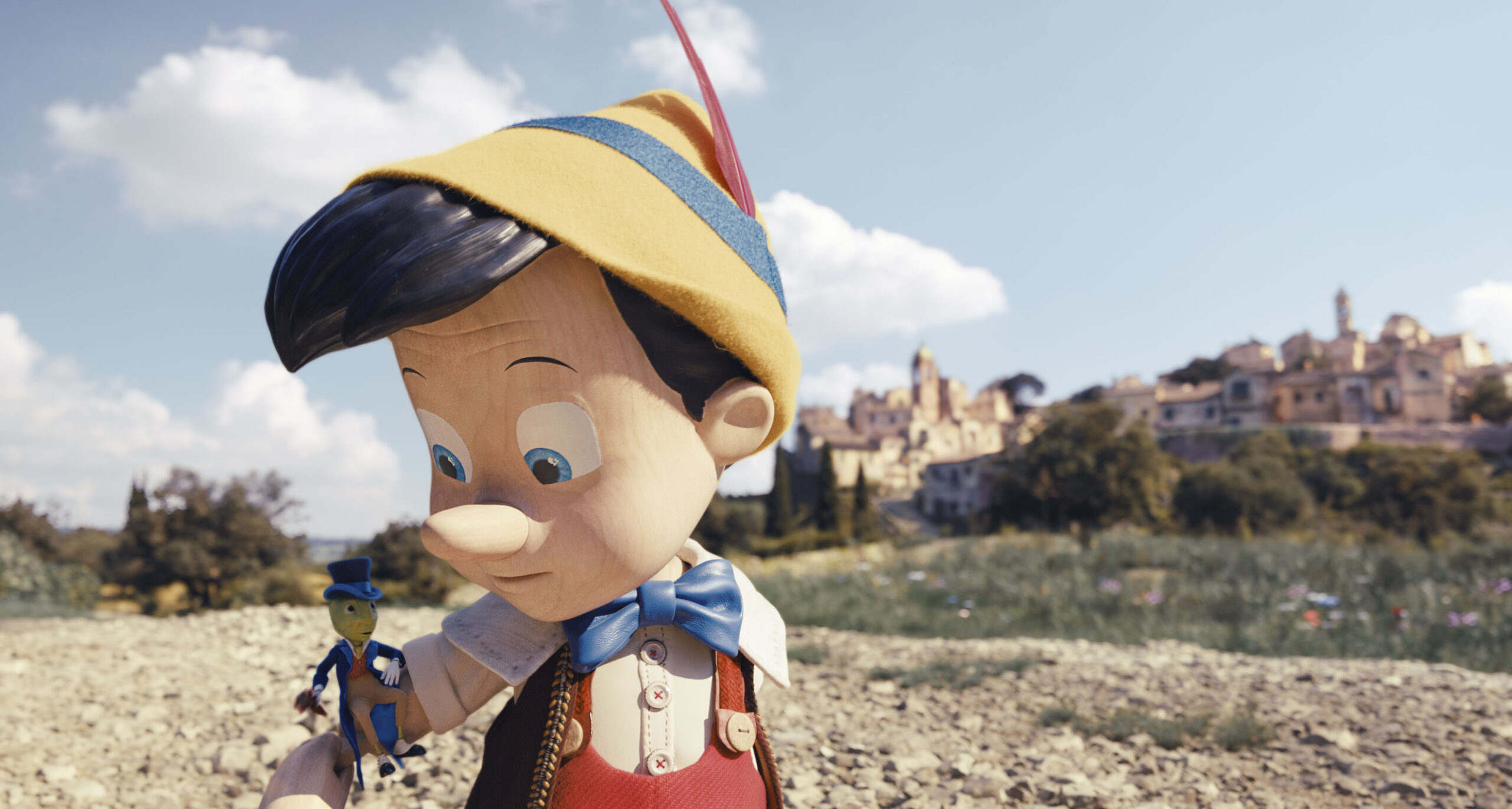 The Blue Fairy also assigns Jiminy the role of Pinocchio’s moral compass to educate him about right and wrong. Geppetto is surprised to find a living Pinocchio, but his surprise quickly turns to euphoria. Geppetto finally decides that it is time to send Pinocchio to school after a few days. However, the con artists “Honest” John the fox and “Gideon” the cat eventually approach Pinocchio.

John manipulates Pinocchio into believing that he needs to pursue a career in show business to become a genuine boy, all the while planning to sell him to Stromboli for a handsome profit. Pinocchio is expelled from school for being a puppet, but Jiminy and a seagull named Sofia manage to persuade him to stay. Because Jiminy can’t stop Pinocchio from going to Stromboli’s,

Honest John puts a jar on him, and the boy decides to go there anyway. When Pinocchio visits the theater in Stromboli, he befriends Fabiana, one of the puppeteers, and her puppet, Sabina. Pinocchio introduces himself well for the audience, but Stromboli locks him in a cage so that he can never escape. 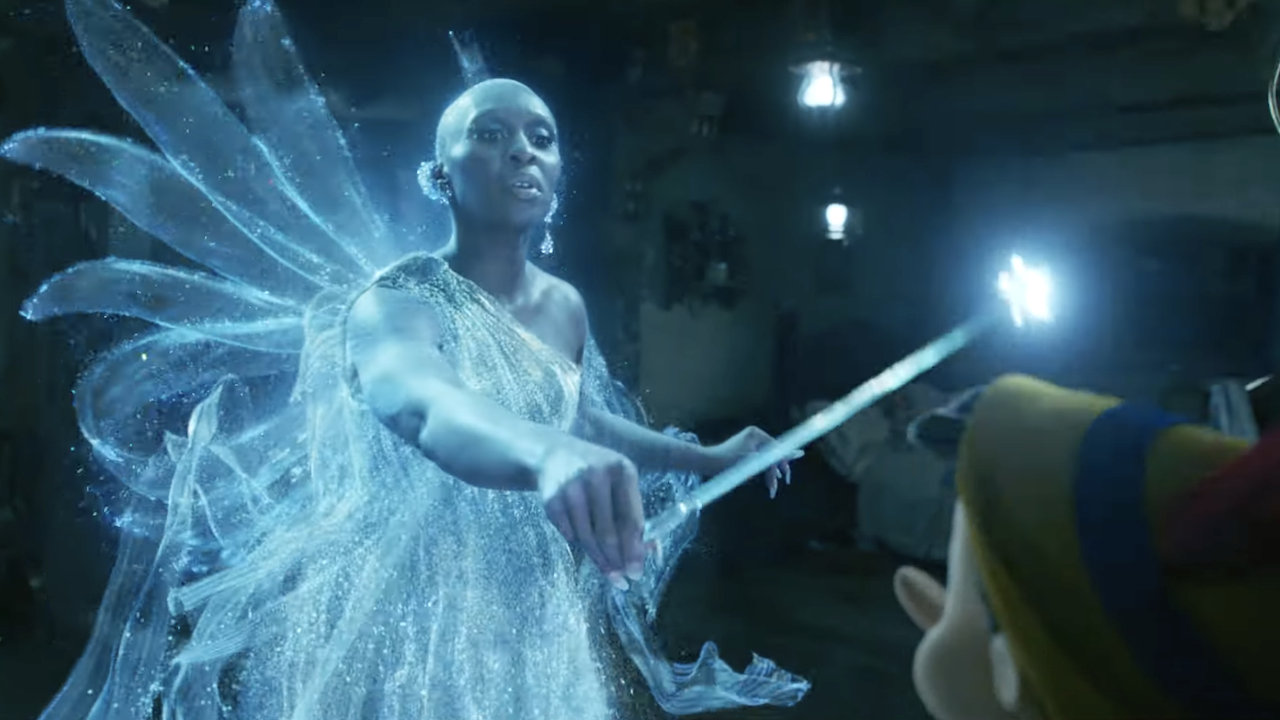 Jiminy is eventually freed from the jar by Stromboli’s trainer, and ends up helping Pinocchio escape by reaching for the keys to the cage’s lock, thanks to Pinocchio’s tricky attempts to lengthen his nose and thus access them. Pinocchio is supposed to come home for dinner, but when he doesn’t, Geppetto, Figaro and Cleo go out looking for him.

Soon, a carriage full of children driven by a charming coachman kidnaps Pinocchio and takes them to Pleasure Island, a place where bad behavior is actively promoted. When they arrive on the island, Pinocchio is amused at first, but is soon horrified by the young men’s acts of cruelty.

Jiminy discovers that the children of the island are turned into donkeys and are sold to the salt mines by the coachman and his minions as mist when he and Pinocchio part ways again. Pinocchio sees Lampwick turn into a donkey in a pool hall, and he and Jiminy manage to get off the island before the coachman’s thugs, but not before Pinocchio has ears and a tail.