In 1987, a new driver came onto the grid to compete in the SCCA Showroom Stock competition. His name was Tom Cruise and, against all odds, he had 4 wins in 16 starts in his first season.

The car you see here is the Nissan 300ZX driven by Cruise in 1987, lost to history before being rediscovered in a junkyard and restored to the racing livery it had when driven by the up-and-coming movie star.

Tom Cruise, Paul Newman and The Color of Money

In 1986 the film “The Color of Money” was released. It starred Paul Newman and Tom Cruise, and was directed by Martin Scorsese. The film would be well received by critics and audiences alike, and would earn Newman an Oscar for Best Actor.

Original video title: In 1988, Tom Cruise was part of the race team owned by fellow actor Paul Newman and Bob Sharp that raced the Nissan 200SX in the GT-3. A 300ZX would be in GT-2. He is racing in the Sports Car Club of America event at Summit Point Raceway in West Virginia. Cruise didn’t win, but he hung on. It was a good experience that he was able to use while filming the racing movie, “Days of Thunder”.

Between takes, the two men chatted and became friends. Newman was already a successful racing driver at the time with several national championships as a driver in Sports Car Club of America road racing under his belt and a class win at Le Mans.

It seems that all this talk about racing got Cruise’s attention, as a year from now he would be dressing and racing for the Newman/Sharp Racing Team in a specially prepared Nissan 300ZX. In his first season he had four wins and became popular with the team’s mechanics and his fellow drivers.

“Cruise is a good guy,” said a mechanic. “None of the Hollywood shit there.” – Washington Post

For the 1988 season, Cruise would move up to the GT-3 class racing faster, more powerful machinery, though still not as fast as the F-14s he was in for Top Gun.

Original video title: Actor Tom Cruise driving a Nissan 300 ZX won pole position for the Newman Sharp Nissan Team in the GT-3 race. Before the race he talks about the team effort. He would use what he learned in his role as a NASCAR driver in “Days of Thunder.” Cruise called his racing experience a “good way to see America.”

Many years after Cruise hung up his racing boots for the last time, he went to England to appear on the world famous television show Top Gear, starring Jeremy Clarkson, James May and Richard Hammond.

During the show, he participated in the “Stars in a Reasonably Priced Car” segment, where he put the car on two wheels during his lap.

“He’s young and anxious and tends to lose his mind,” said a top driver who has raced him in private race sessions.

“Cruise spun out of a high-speed corner right in front of me and I almost hit him,” he recalls. “He could envision a dozen Hollywood movie moguls committing suicide if he had caught him.” – Washington Post

If you want to read more about the history of Newman/Cruise racing, you can visit Brock Yates’ wonderful article here in The Washington Post, it was written in 1987 just as the two men were beginning to make waves in SCCA competition.

Original video title: Paul Newman and Bob Sharp came together to create Newman Sharp Racing. His car of choice was Nissan. In 1988, they invited Tom Cruise to run with them.

This car is a bit more special than most examples of the Nissan 300ZX, as mentioned above this car was prepared by the Newman/Sharp Racing Team for Tom Cruise to enter the 1987 SCCA Super Stock class.

What happened to this car after this time is unknown, all we know is that it was rediscovered in a junkyard in extremely difficult conditions. After the true identity of the car was discovered, it was carefully rebuilt back to the same condition it was in when Cruise drove it in the mid-1980s.

The car is powered by a modified 3.0-liter V6 with overhead camshafts from Jim Wolf Technologies, a pair of MSA heads and MSA throttle body, and an HKS ignition and exhaust system. Power is sent to the rear wheels through a 5-speed manual transmission, and the car rides on Tokico springs and dampers.

As you can see, the car is also finished in its period correct livery, including the paint scheme and sponsor decals it wore in 1987.

This rare piece of Hollywood and motoring history is now for sale at Bring A Trailer in Hanover, New Hampshire. If you want to read more about it or register to bid, you can visit the list here. 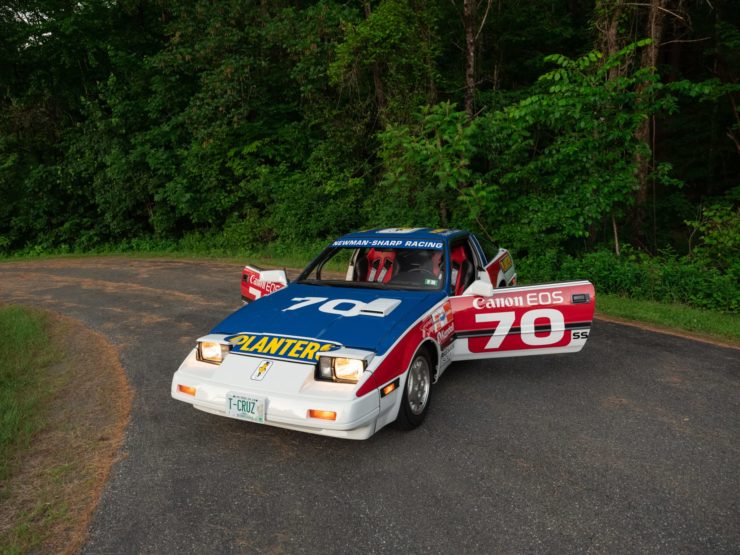 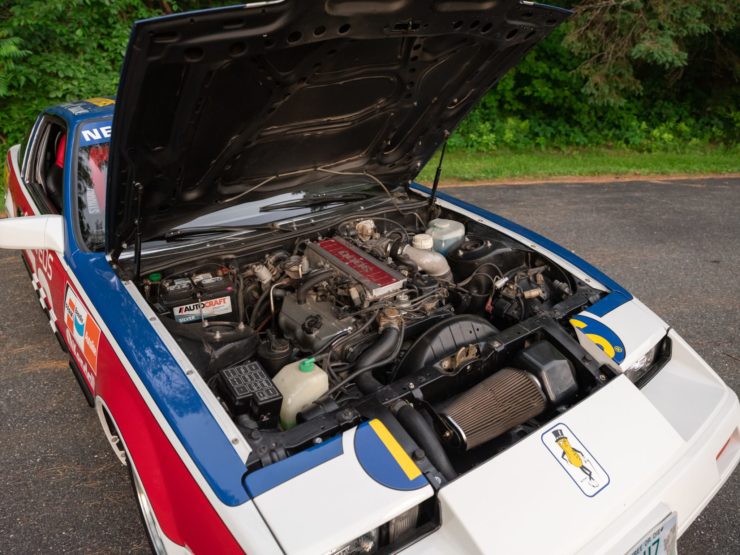 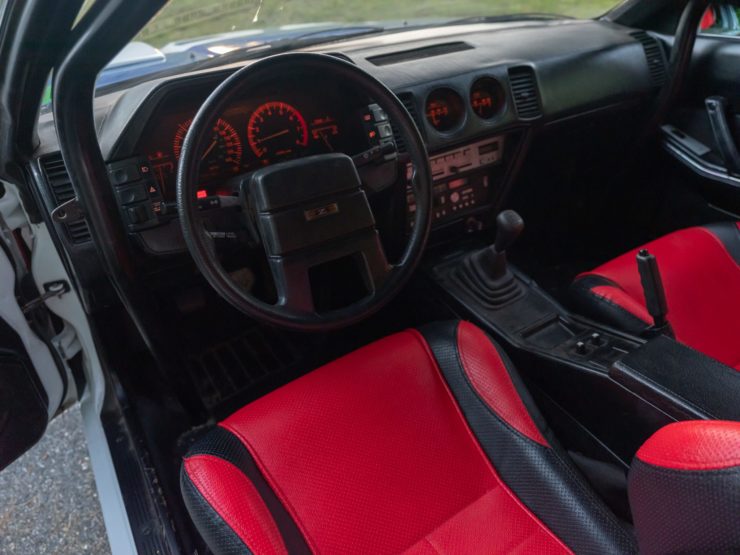 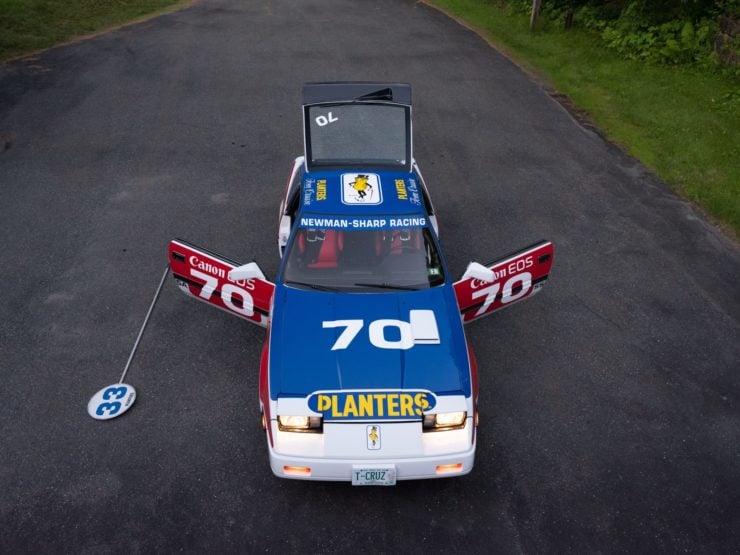 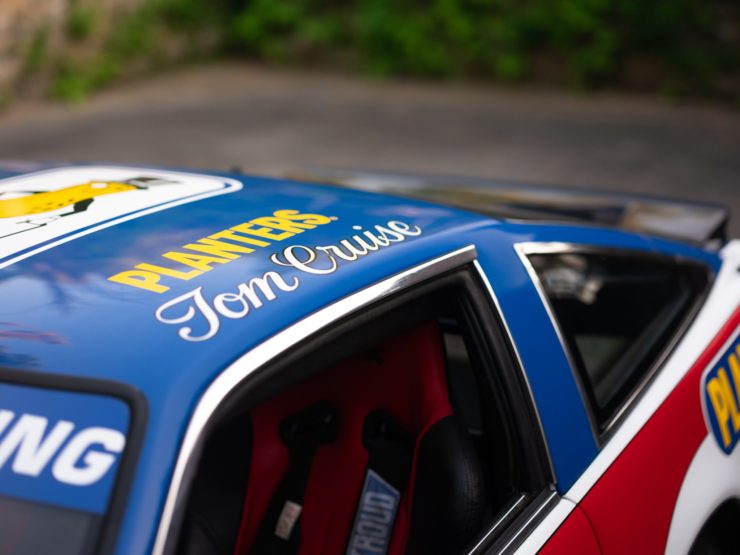 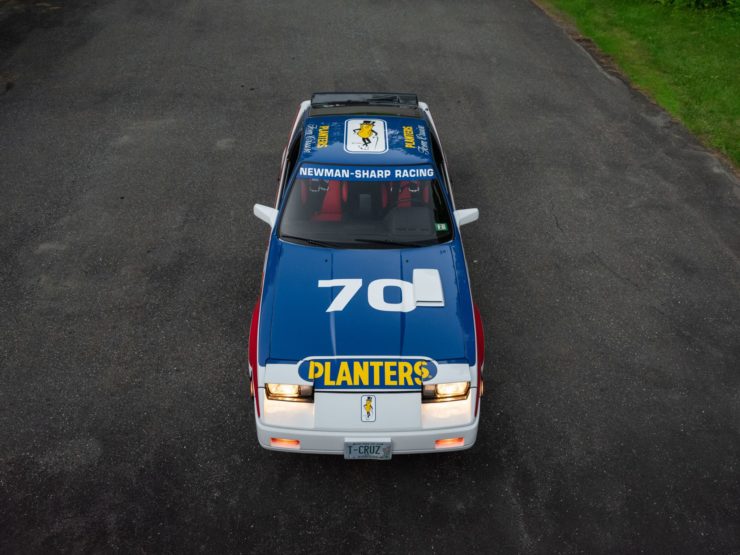 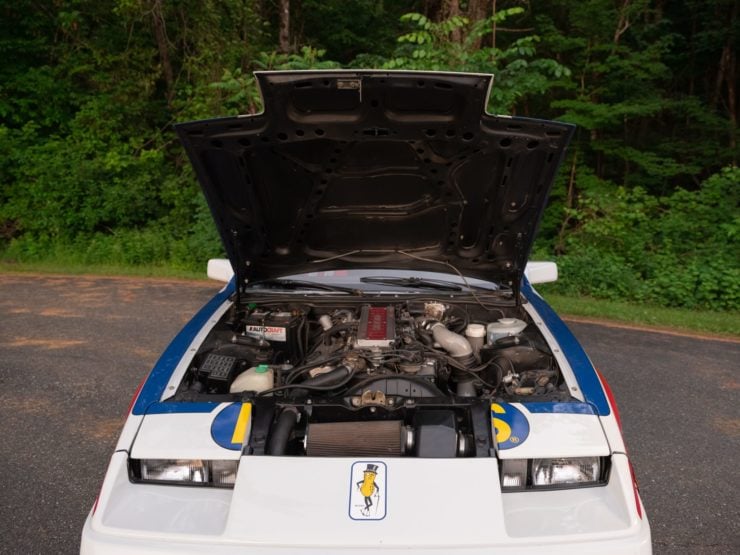 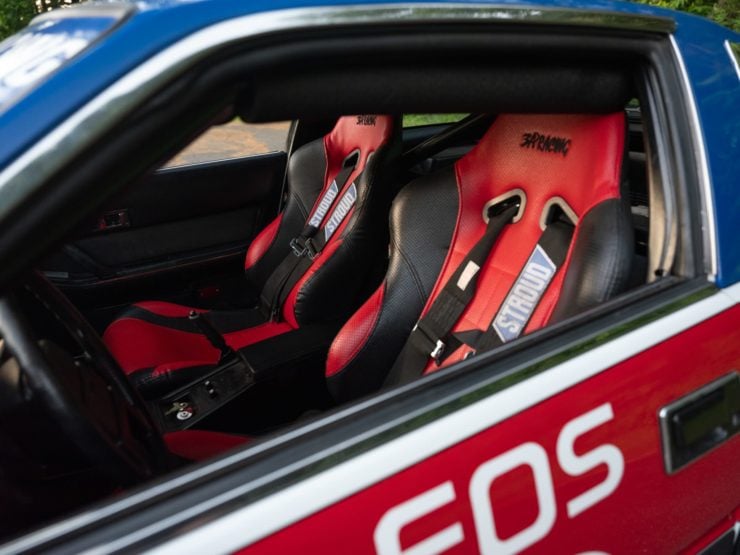 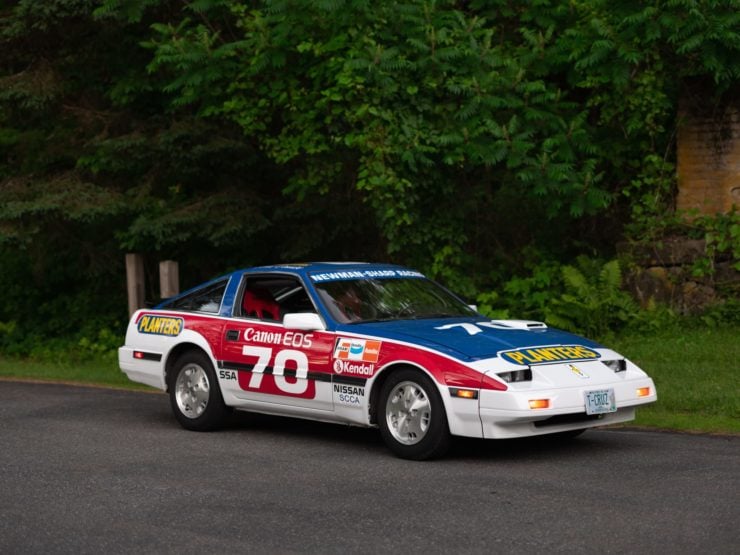 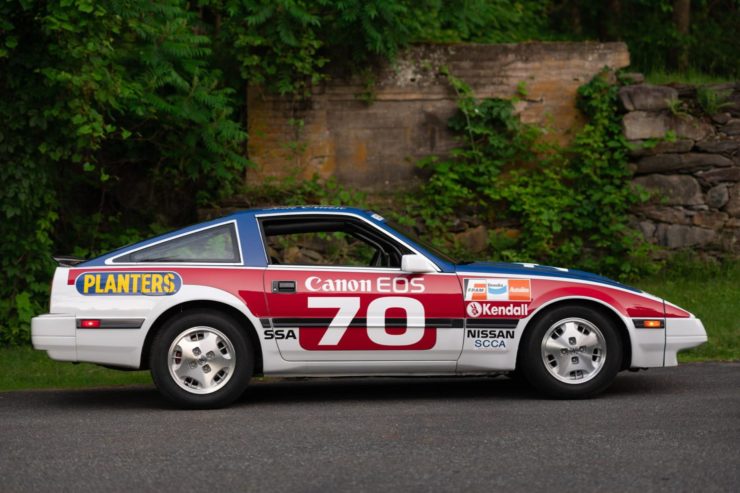 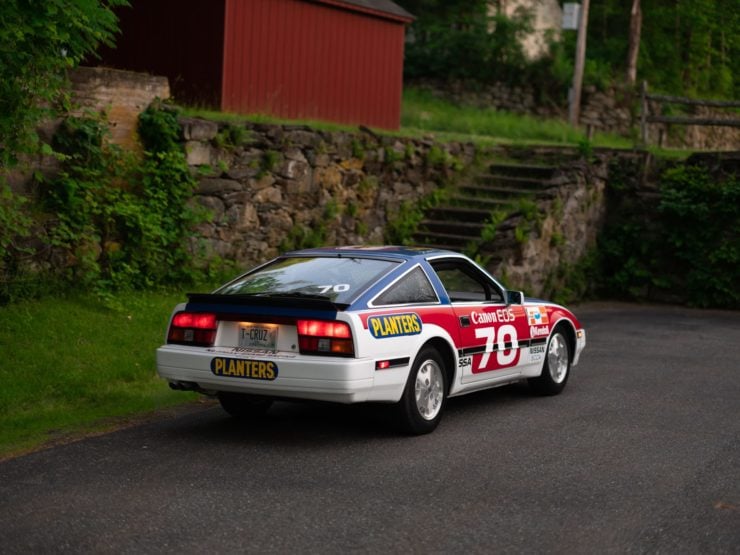 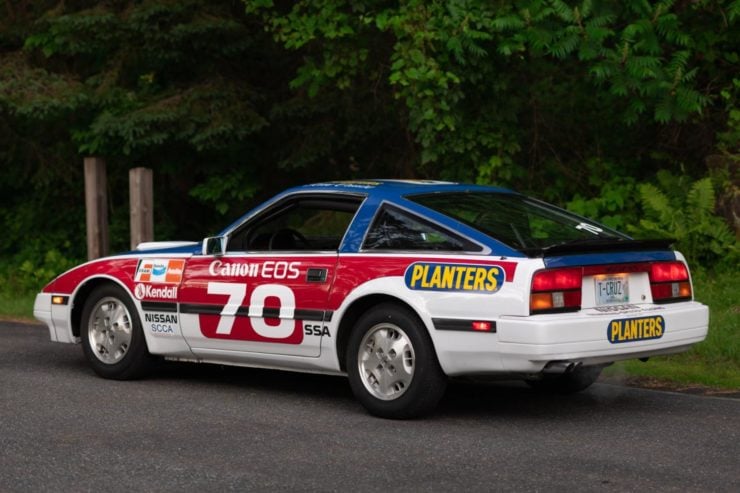 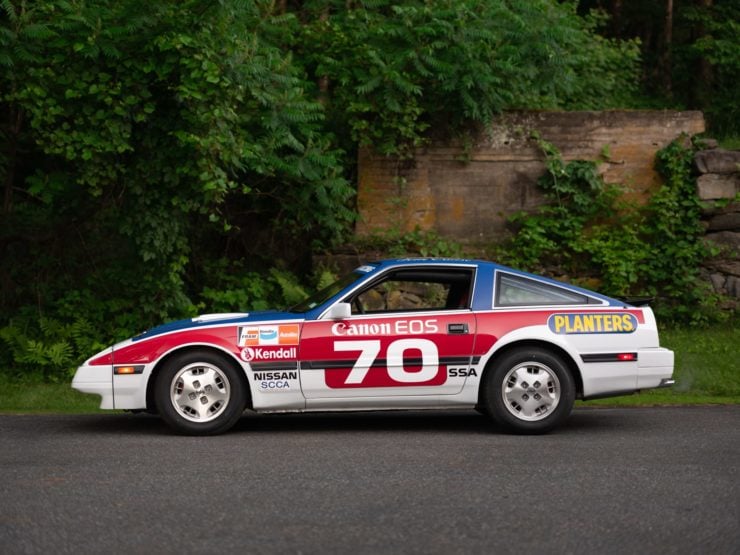 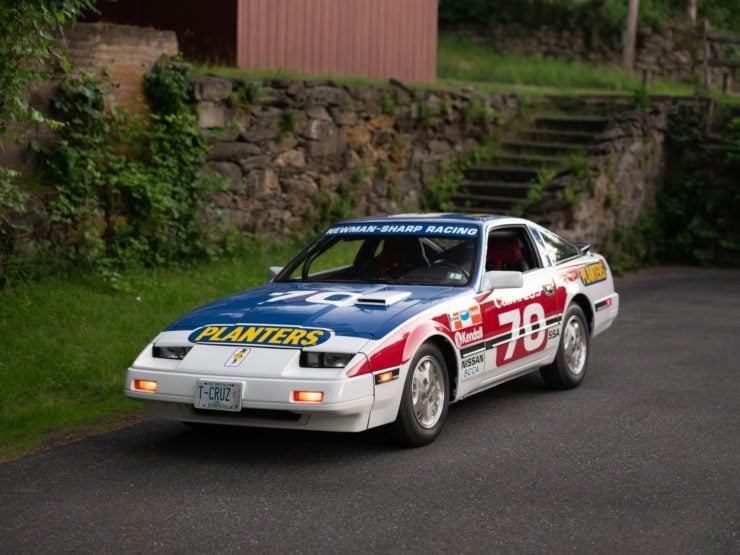 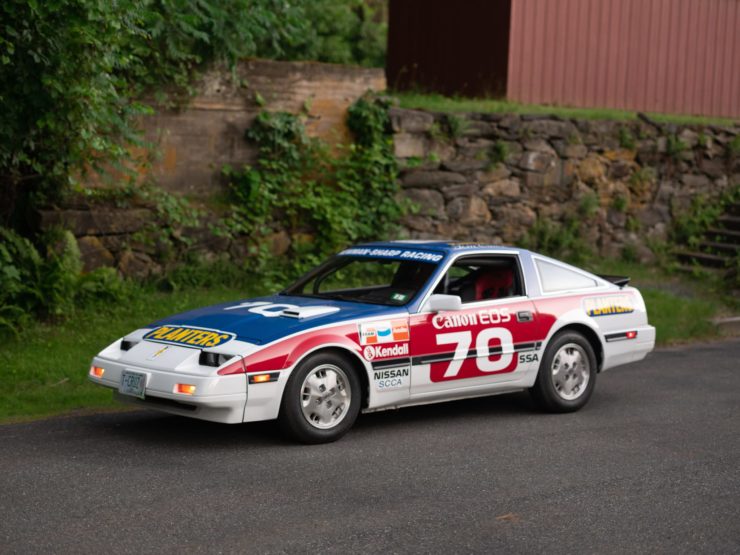 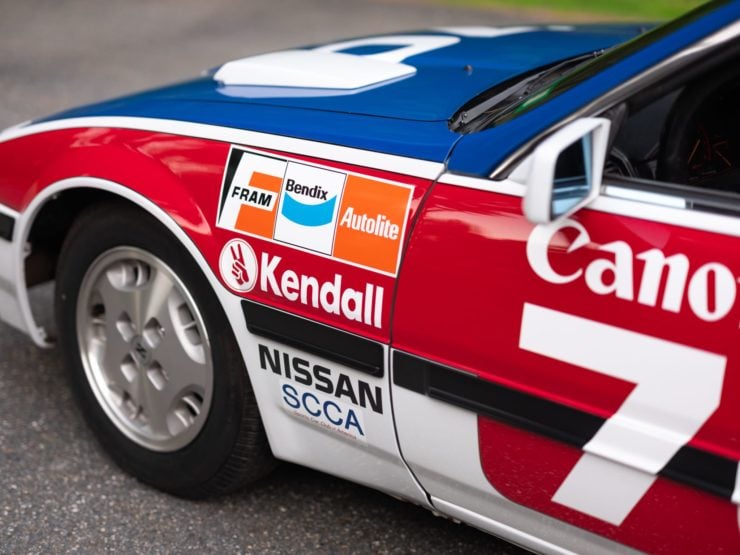 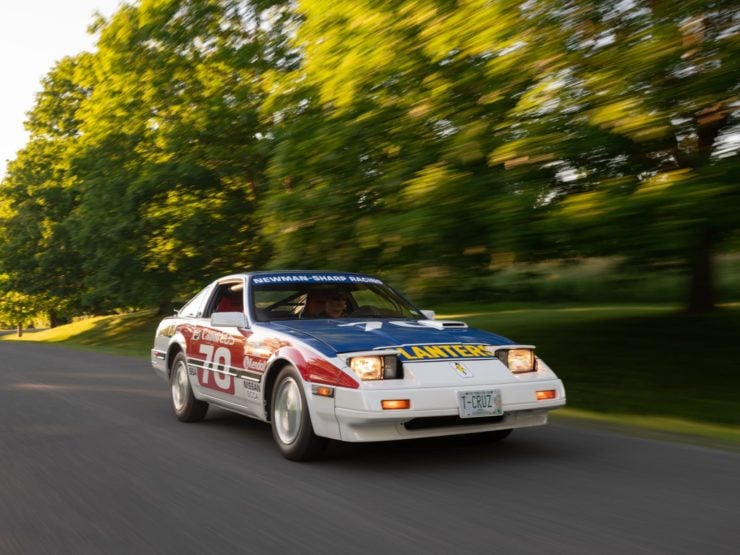 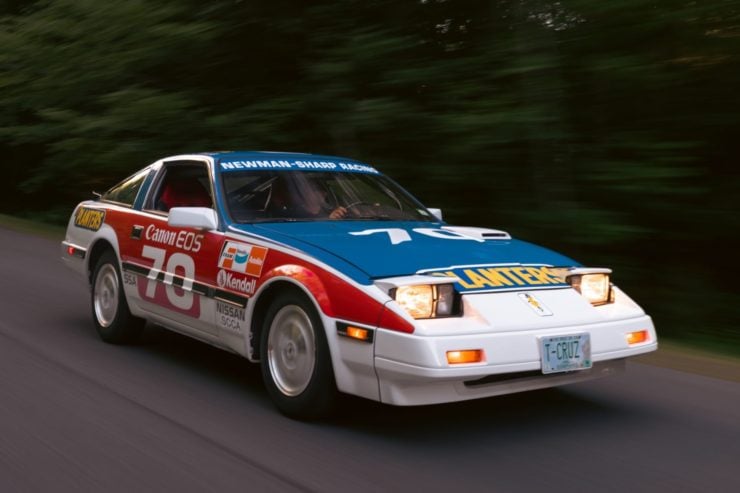 Images courtesy of Bring A Trailer

Silodrome was founded by Ben in 2010, in the years since the site has grown to become a world leader in the alternative and vintage motorsports sector, with millions of readers worldwide and many hundreds of thousands of followers on the web. social networks.