Sometimes we don’t want to think when we turn on the TV or we don’t have time or desire to get hooked on a movie or a series. Although doing a Star Wars or Lord of the Rings marathon is always a good idea, sometimes you just want to watch something entertaining before going to sleep, laugh a while to disconnect. And these programs do.

you don’t even believe it

If you’re a fan of quizzes, this one is different than what you’re used to seeing. The contestants must make an effort to answer the different questions correctly, but if they don’t know, they must not admit it or fail, as in the rest. When they don’t know how to respond, also choose one of the four answers but explaining why. An argument that, of course, is false. But that he must convince the rest if he wants to win.

See You don’t believe it or you on Netflix

The floor is lava!

It became popular as a viral game and has become a very fun Netflix show that we can watch through the streaming platform and where the different teams have to go around the entire stage. jump from one object to another, hang, cling to walls… But without falling into the lava. They must reach the end and the team that manages to do it in the shortest possible time will be the winner. The road will not be easy.

See The Floor is Lava! on netflix

Another of the craziest and most curious Netflix programs is “Tronco va!”. A Canadian reality show that follows a lumberjack and his crew tasked with hauling all kinds of logs to the family sawmill. During the two seasons and the forty-minute episodes, we will see how they deal with the transfer of large logs, of wood, resorting to ingenuity to overcome all kinds of obstacles or paths.

There are many cooking contests that we can see on television or on Netflix or Amazon Prime Video. but of all this is the most curious or “crazy” thing you will find. Kitchen with Cannabis. Its name tells us what we will see: the chefs will compete to make all kinds of plates but cannabis is the star ingredient in any of these prepared recipes. 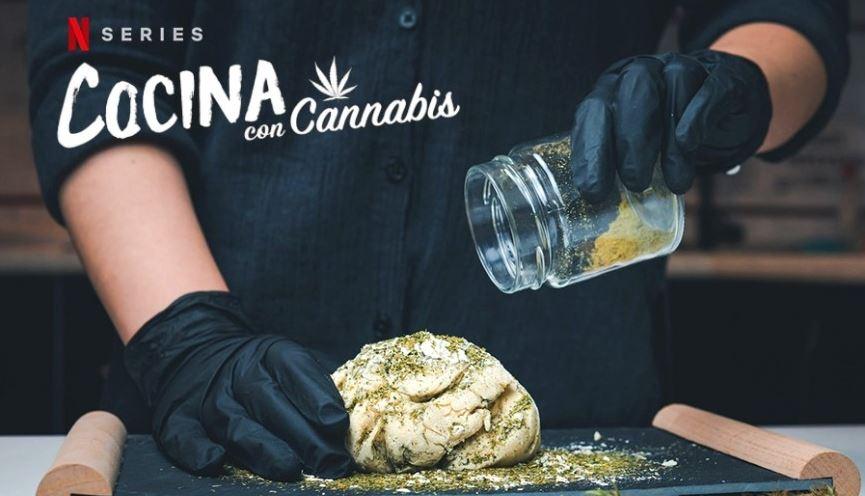 Another of the Netflix programs that emerges in response to memes is “Is it a cake?”. And its name also lets us know what this cooking and pastry contest is about. The contestants will not only have to make tasty cakes but they will have to make them look as much like real objects as possible. They will have to be able to fool the judges hiding his cake between other different models and without being able to distinguish it.

See Is it a cake? on netflix

There are many reality shows and many talent shows but in almost all of them, of course, the protagonists are human. Not here. In “Star pets“The animals are the ones who must show their talent. With all kinds of contests and thematic episodes in which they will have to show that they know fashion, that they are beautiful, that they know how to parade… Half-hour programs that we can watch on Netflix if we want to see something fun and entertaining. different.

sexy to the beast

Finding love through a television program has been very common for years. Blind date TV shows or reality shows that lock their contestants up on an island and see what happens. But “Sexy to the beast” goes further and does it in the funniest way possible: disguising the protagonists so that they do not notice the physique. Layers and layers of makeup so that the appointment does not take into account the physical but the connection between the two.

See Sexy to the beast on Netflix

It is very common that there are people who get a bad tattoo and want to erase it. Or simply that you regret what you have done. But instead of erasing it, this Netflix show shows us how ink experts can modify a horrible tattoo and turn it into something spectacular. Half an hour for each of the six episodes in which prestigious artists will be in charge of modifying the tattoos of the participants.