Chart topper Rick Astley brought the curtain down on The Classic after three days of motorsports, family entertainment and live music at a sunny Silverstone circuit in Northamptonshire.

The move to a new date over the end-of-summer weekend of August 26-28 proved to be a huge success with record ticket sales, packed grids and more fun-filled off-track displays and activities than ever before. .

In all, more than 100,000 people attended over the three days, and more families enjoyed a long weekend at The Classic than ever before. 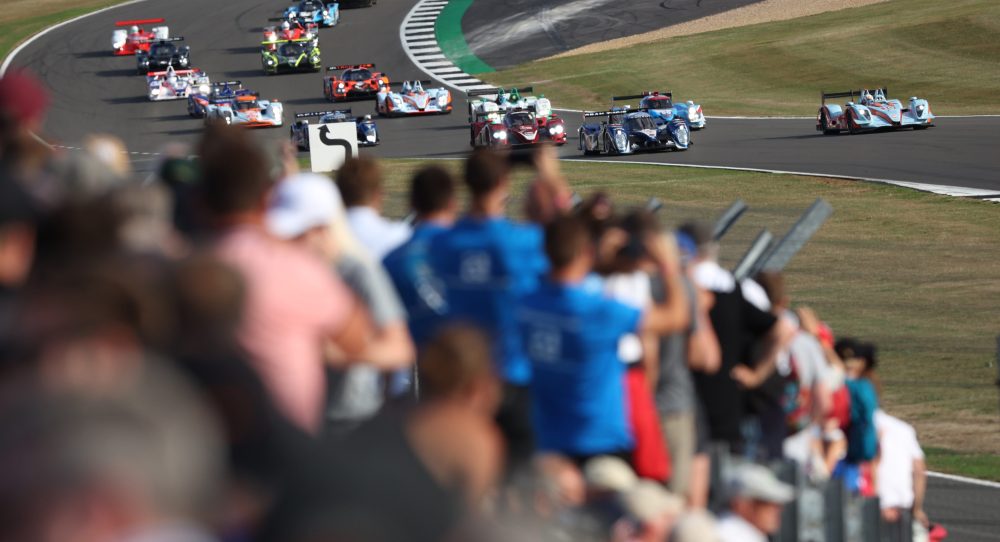 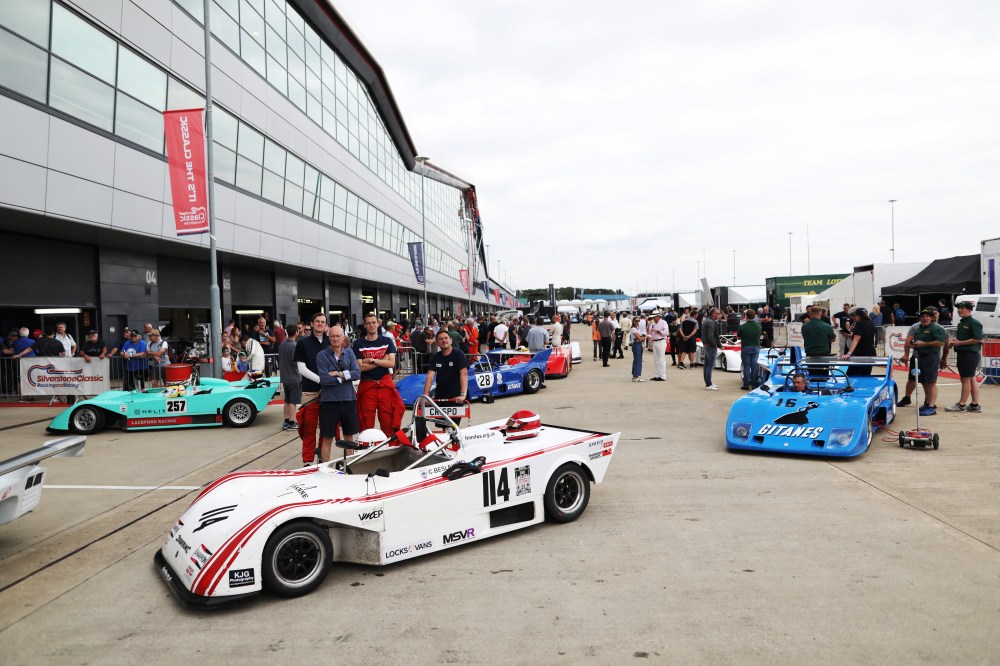 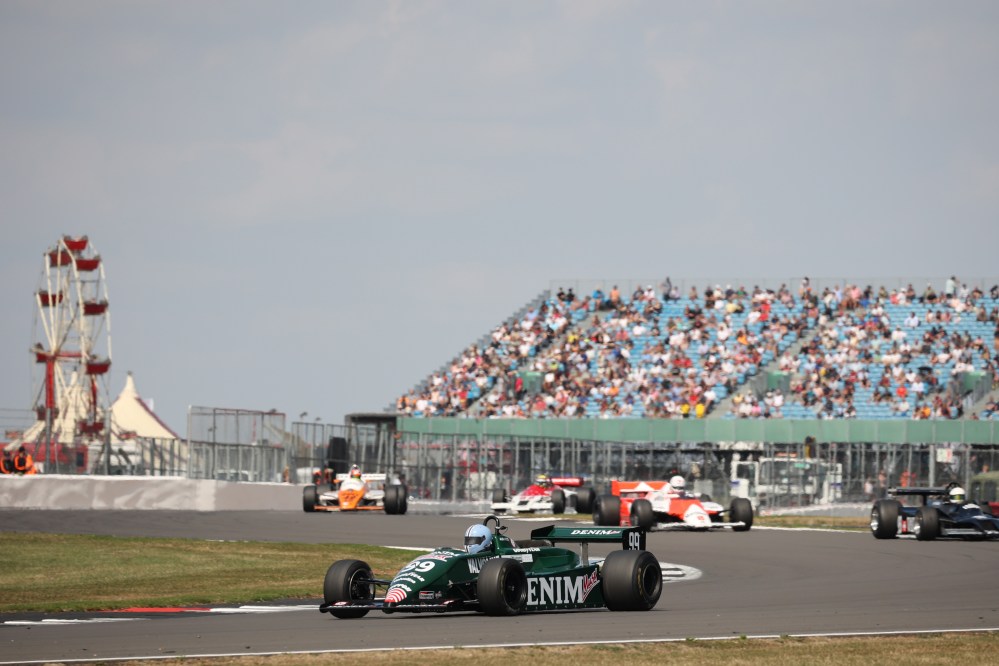 Highlights included Lewis Hamilton’s seven championship-winning F1 cars displayed together for the first time and, in another world exclusive, a stunning display of James Bond cars from the latest 007 film No Time To Die, soon to air. at the hands of the hammer with Christie’s in support of various charities.

Racing royalty was also in attendance. Damon Hill, the 1996 world champion, was on hand to celebrate the 60th anniversary of his father’s first title, which came in 1962 with BRM, the first British driver in a British car to take the main title.

The iconic blue and white Rothmans Bell Porsche 962 he drove was awarded the Stuart Graham ‘Scarf and Goggles’ trophy which is presented annually to what is considered the most admired car on track at The Classic. Bell was joined by Stuart Graham in presenting the trophy to Group C enthusiast, collector and broker Henry Pearman, who helped curate the incredible collection on display. 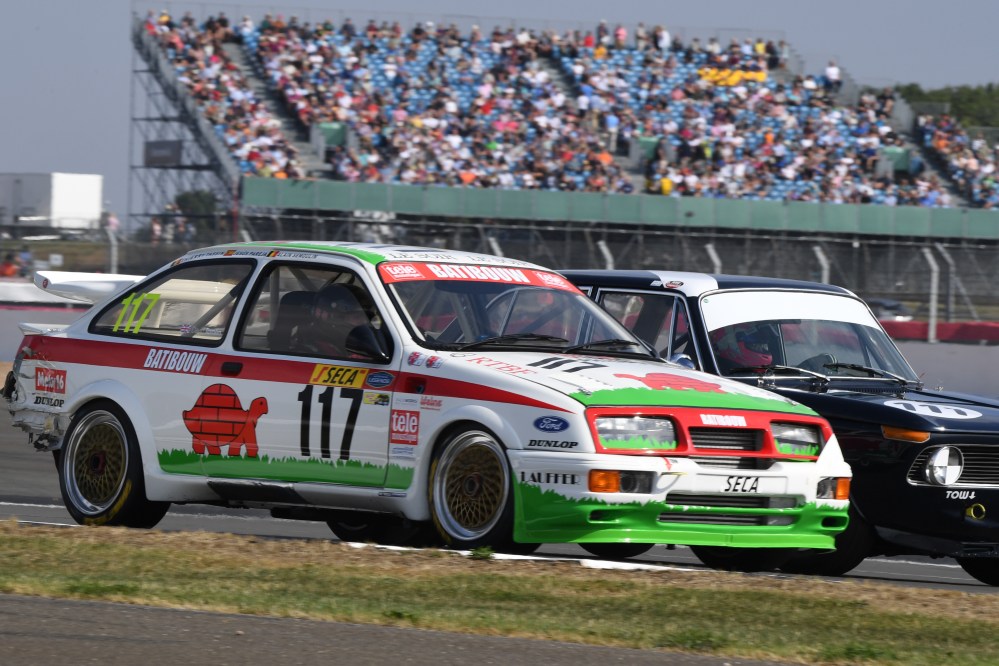 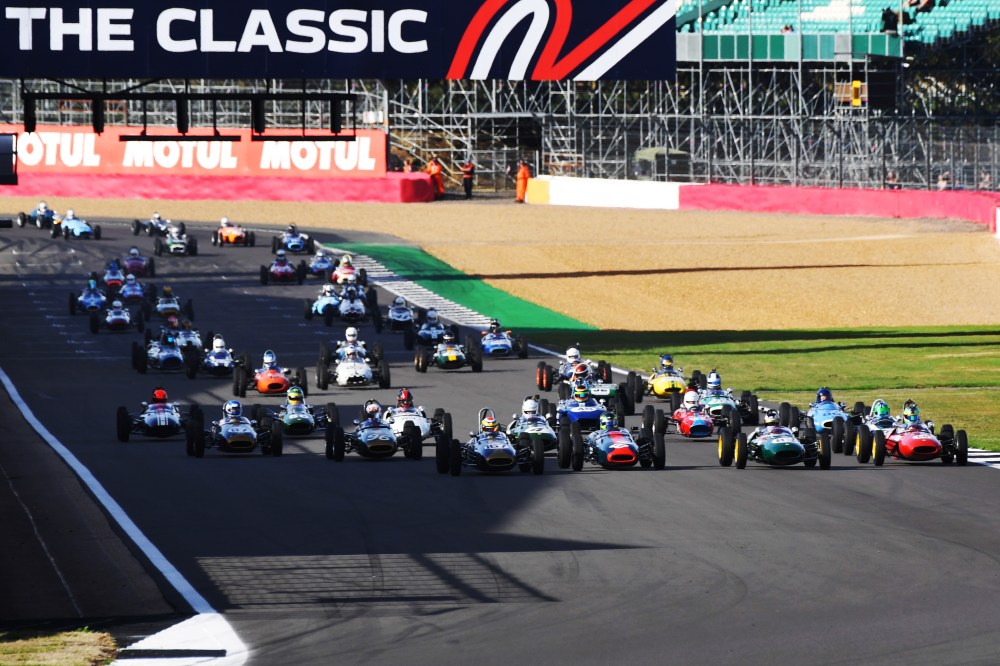 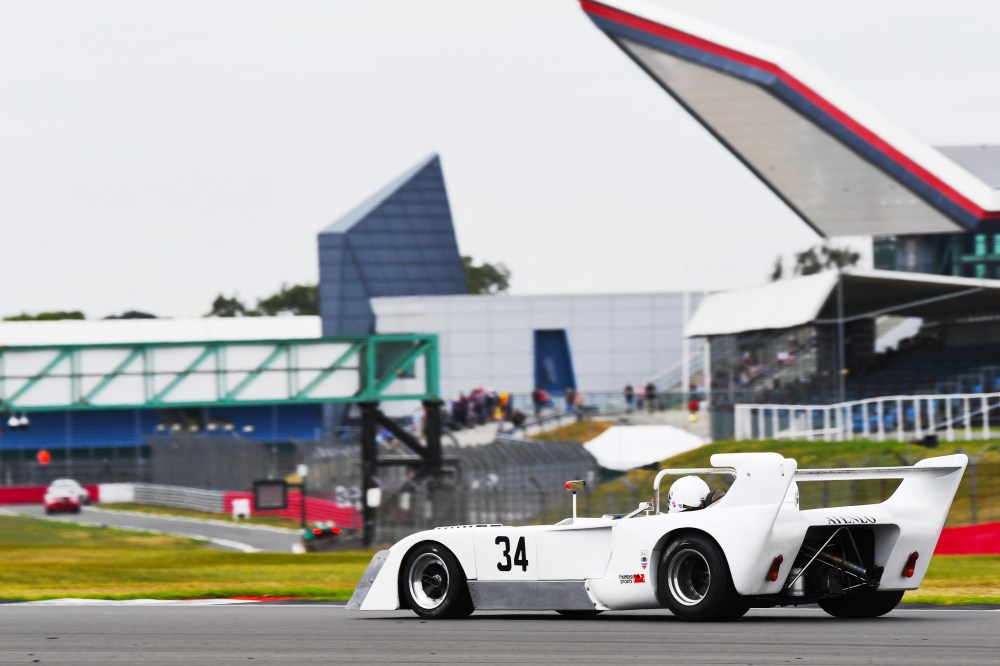 The second Scarf and Googles trophy, named after fellow founder of The Classic Mervyn Garton, was presented by Mervyn’s widow to the Race Sim and Pit Stop Challenge activity, which was provided as a free attraction and saw huge lines of entrants. anxious throughout the weekend. .

The Adrian Flux Car Club of the Show went to the Cobra Replica Club Cobra, the driving force behind an incredible parade of over 125 original and knock-off models celebrating the 60th birthday of the idolized AC Cobra. The Yokohama Legends award went to the limited edition De Tomaso P72 supercar.

See also  Georgia Bulldogs move up to No. 2 in AP Top 25 football poll after big win; Florida Gators debut at No. 12

An eclectic collection of road and racing classics also came under the hammer at Silverstone Auctions, notably the exclusive black Ford Escort RS Turbo created specifically for the personal use of Diana, Princess of Wales, which sold for just under $762,000.

Retro racing included 20 memorable showdowns staged over the weekend, with over 50 Formula Juniors from the late 50s and early 60s kicking off the action on track on both race days.

For Saturday’s packed schedule, the Juniors were followed by the HSCC Historic F2, the Tony Dron Memorial Trophy for MRL Historic Touring Cars and the MRL Pre-War Sportscars BRDC 500.

With many of the cars dating back nearly 100 years, the ‘500’ saw more than 30 of the event’s most venerable racing machines.

Wins in those three matchups went to Ben Mitchell in a 1977 Martini MK19/20, Andy Middlehurst’s flame-breathing 1990 Nissan Skyline (after Sierra RS 500 opposition was sidelined by a first corner meeting with various cars) and the 1928 Fraser Nash TT Replica shared by a delighted Gregor Fisken and Pat Blakeney-Edwards.

Sir Chris Hoy, sharing the drive with Marco Attard, was also in the mix this year contesting the International Trophy in a Chevrolet Corvette Stingray. 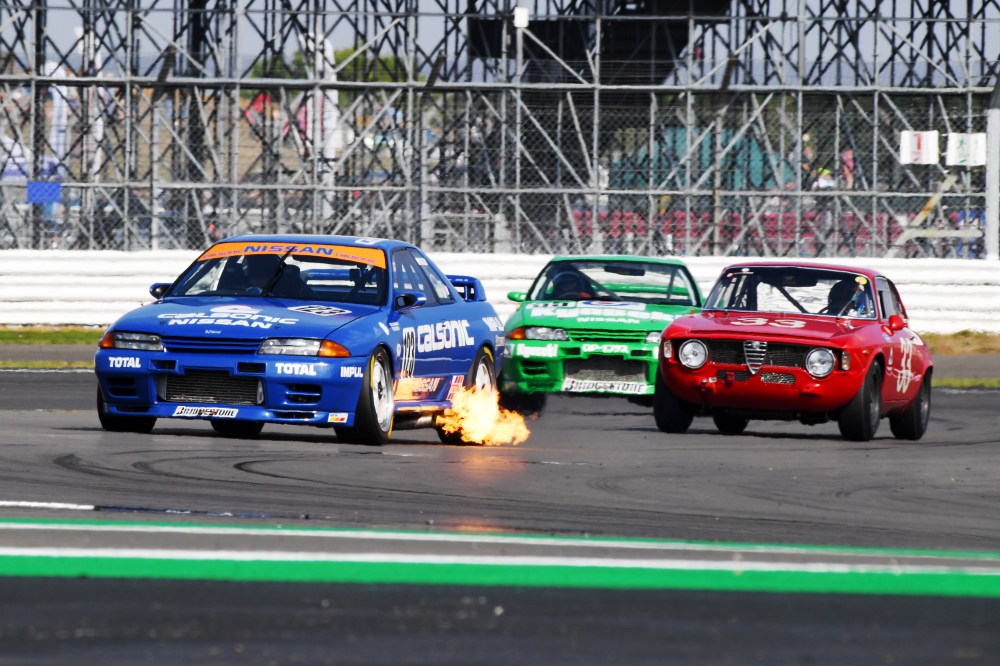 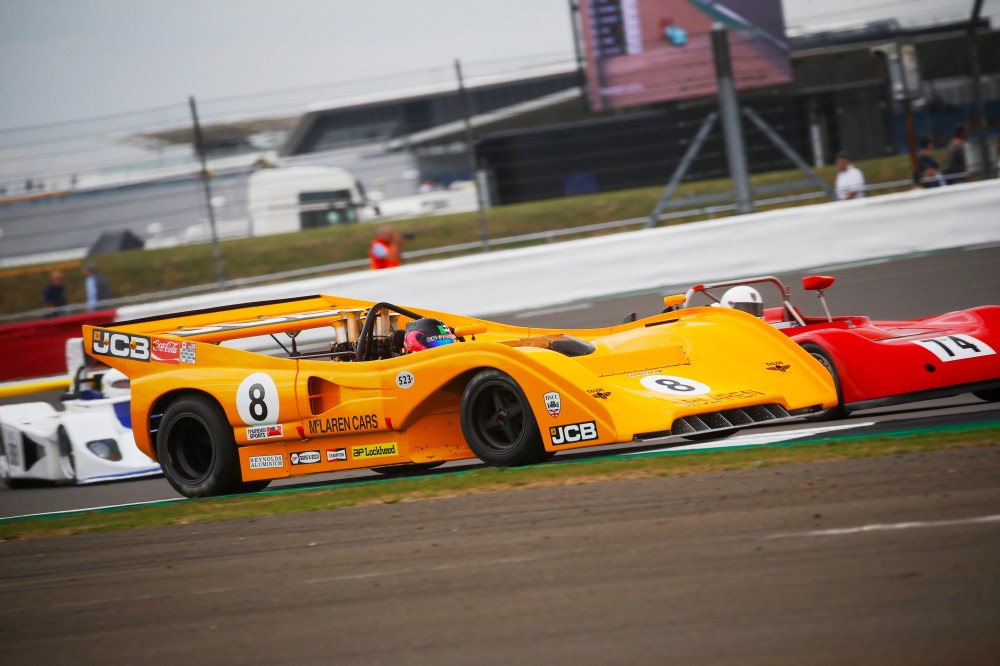 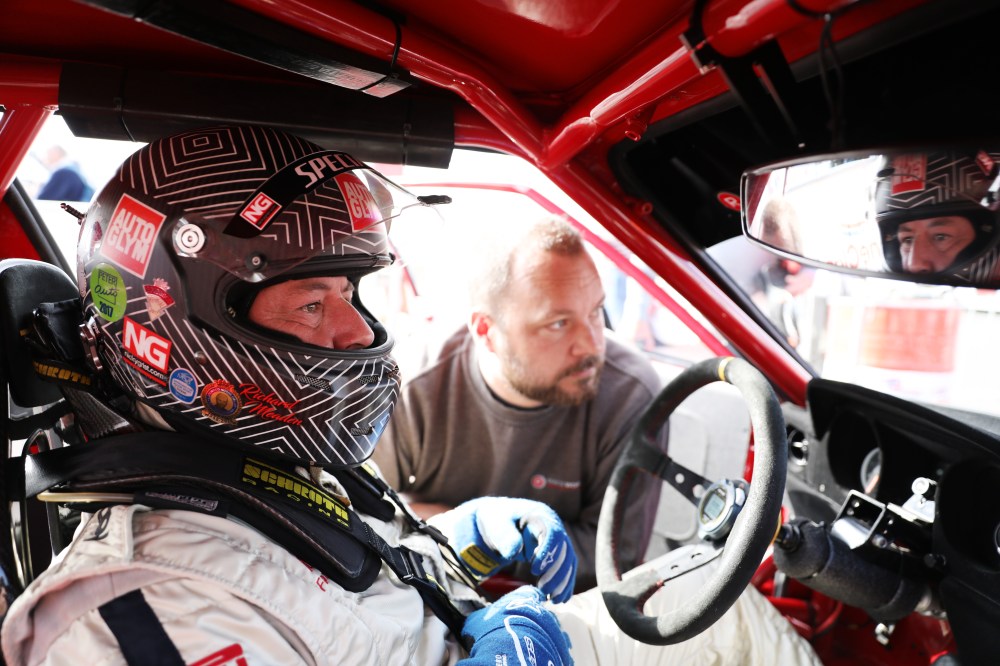 Saturday night’s final race, the Yokohama Trophy for Masters Sports Car Legends, produced more drama with Tom Bradshaw’s 1971 Chevron B19 reeling across the finish line with broken front suspension. Bradshaw’s latest problems should have given Alex Brundle’s 1971 Lola T70 Mk3B victory, but he was forced to pit on the penultimate lap, allowing Chevron to take the spoils.

In the same race, Dean Forward powered his similar Lola T70 from the back of the grid to finish a heroic fifth place and claim a Bremont watch that recognizes the Bremont Classic Moment.

Sunday morning’s MRL Royal Automobile Club Woodcote and Stirling Moss Trophy was won outright by Roger Wills in his 1958 Lotus XV, with the 1955 HWM shared by Fisken and Martin Stretton beating the Jaguar D-type of John and Gary Pearson similar in age to top honors. between the Woodcote Trophy runners by the length of a hood.

Ben Mitchell then went two for two in the second of the HSCC’s historic F2 sprints before James Cottingham and Harvey Stanley teamed up in their 1961 Jaguar E-type to take top honors in the Royal Automobile Club Historic Tourist Trophy (MRL Pre ’63).

Fittingly, Mike Cantillon won both Frank Williams Memorial Trophy Races for Masters Racing Legends in his Williams FW07C, the car Carlos Reutemann raced in the 1981 Las Vegas title decider, and the trophies were awarded Sunday by the two sons of Sir Frank Williams, Jonathan and Jaime. 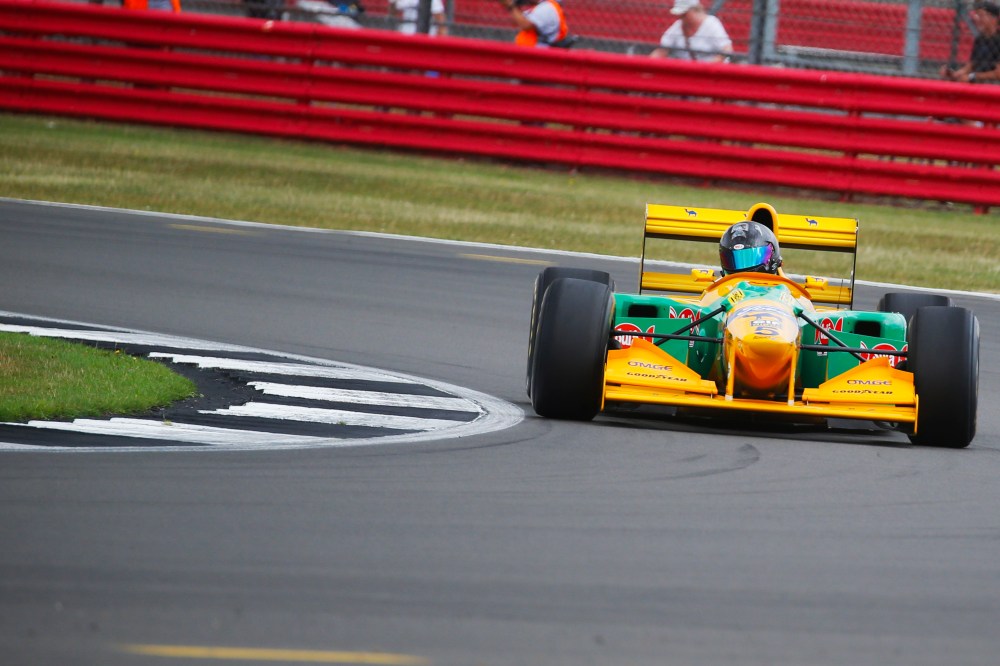 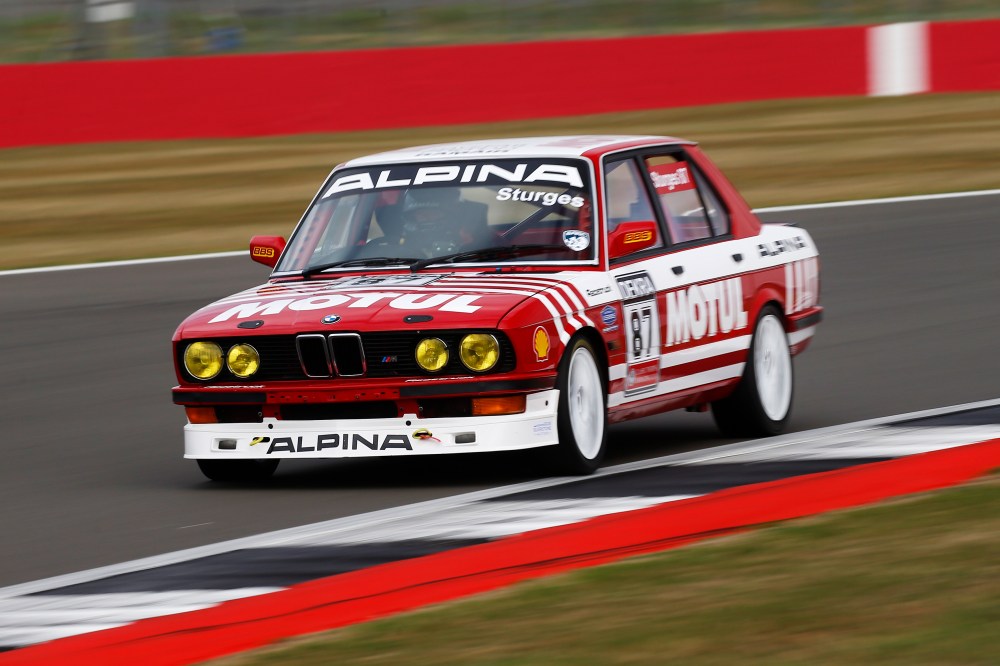 Will Nuthall also did the F1 double by winning both of the pre-’66 HGPCA Grand Prix Cars in his 1960 McLaren Cooper T53 driven by the legendary Bruce McLaren at the time.

After Jamie Constable drove his Pescarolo LMP1 to victory in Saturday’s opening Masters Endurance Legends contest, Tim De Silva won Sunday’s follow-up meet in another of the low-slung French prototypes, but only after a thrilling lunge in the last corner on Mike Lyons’ Lola. B12/80.

The weekend had an exciting finale with the Adrian Flux Trophy for Transatlantic Pre ’66 Touring Cars. With sheet metal legends like Steve Soper and Andy Priaulx at the helm, the great American muscle cars put on a fabulous show, their 1964 Ford Falcon giving drivers Thomas and Lockie their second big hit of the rally. 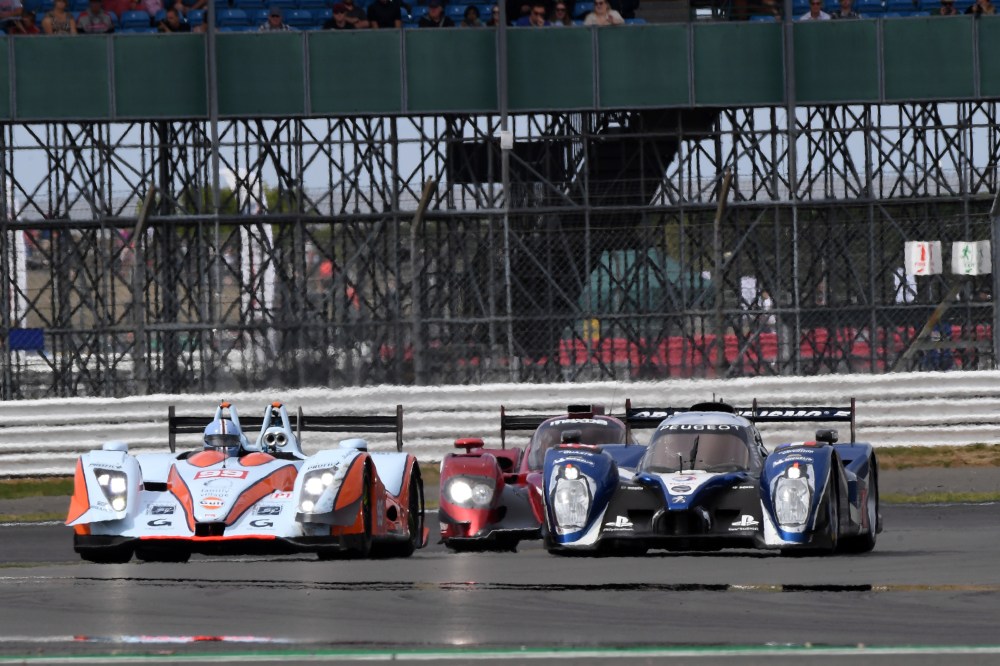 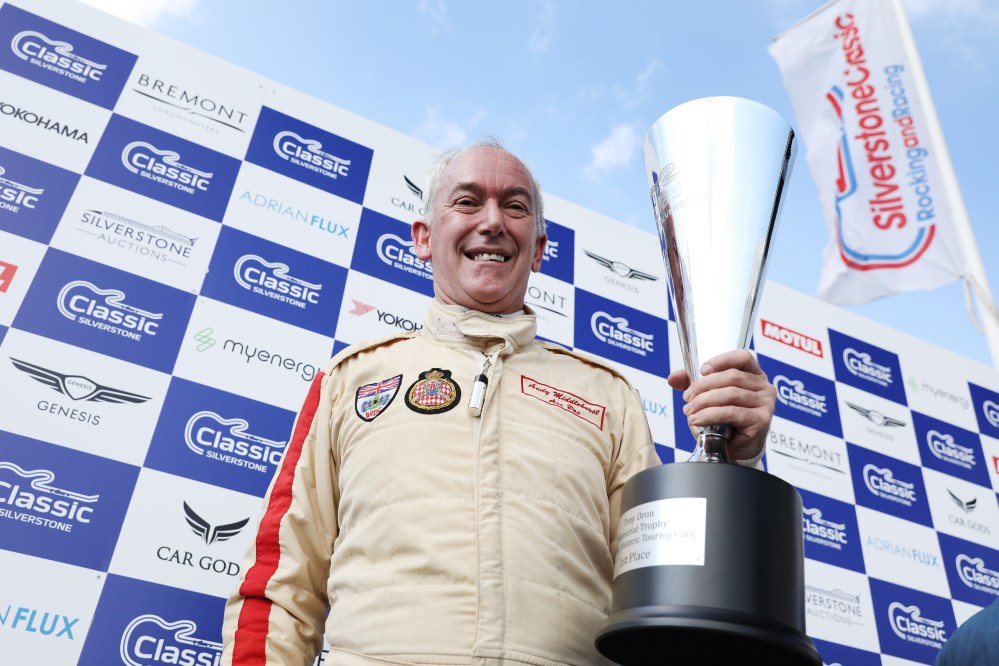 “Once again, The Classic has delivered a phenomenal festival weekend to record crowds,” confirmed Nick Wigley, CEO of The Classic’s promoter, Goose Live Events. “There really was something special for everyone to enjoy in the wonderful sunshine at Silverstone for three memorable days of entertainment both on and off the Grand Prix circuit.

“As always, the non-stop racing has been action-packed and the trackside anniversary parades are equally outstanding, in many ways that is a given. However, the addition of much more family-friendly entertainment and attractions has added another dimension to what is now a truly fun-filled summer holiday festival.”

All those who missed The Classic, or want to relive the excitement on and off the track, can find full coverage of all three days on the event’s YouTube channel HERE.