Welcome to RACER Mailbag. Questions for any of the RACER writers can be sent to [email protected] Due to the high volume of questions received, we cannot guarantee that all letters will be published, but we will respond to as many as we can. Posted questions can be edited for length and clarity. Questions received after 3:00 pm ET each Monday will appear the following week.

Q: What do the winning team and driver receive for the 2022 IndyCar championship?

MARSHALL PRUETT: In order: 1) $1 million for the team/driver. 2) A mini Astor Cup trophy. 3) A TAG Heuer watch. 4) A championship ring from Jostens.

Q: On a recent episode of “Bus Bros,” Scott McLaughlin said he just bought a new car but couldn’t tell on camera what kind of car it was. That sounds weird to me, but what do I know? Do you know what kind of car he bought?

PS Many moons ago, I was a Safeway Box Boy too, er, courtesy clerk.

MP: I hated every minute of my stay at Safeway, but it helped me save $200 to buy my first camera and pay for cable, so it was worth it. I’m not sure what Scott bought; I like the idea of ​​keeping some things private.

Q: It’s good to see the IndyCar championship is still up for grabs. Most of the racing this year has been excellent, with multiple winners and surprising performances from rookies David Malukas and Christian Lundgaard.

That said, I am concerned about the future of IndyCar, specifically, will we continue to see races or will they be replaced by “events”? In Nashville, the NBC announcers talked about what a big “event” it was. But while the scenery of cars speeding across the bridge was impressive, the race itself has become an embarrassment. Meanwhile, Detroit is moving its race from Belle Isle to downtown and Graham Rahal is pitching the idea of ​​a street race in Pittsburgh, where both will be billed as big events.

When I went to Mid-Ohio this summer I went to an IndyCar the race, not an event. Fans came to see the cars, the drivers, the speed and the racing and it was the largest crowd since the CART era. And we didn’t need a rock concert or a Ferris wheel to keep us entertained. Going forward, IndyCar needs to be honest. You need to decide: are you trying to attract thousands of new people to the series to become true racing fans, or just thousands of people to be entertained at an event?

MP: Why can’t it be both? Look at every photo from the early days of the Indy 500, and the entire crowd is dressed in full suits and dressed as if they were going to the opera. Look at the photos from the early 1970s and it’s flared jeans and long hair and full hippie attire, including all kinds of debauchery at the Snake Pit.

Crowds evolve, interests evolve, and if “events” are what today’s evolution of racing fans expect, why would we ridicule them for wanting more than sitting on a bench all day watching cars go by? The sport is aiming for more event weekends to try to stay alive by attracting new fans. I will support whatever it takes to grow the sport. The easiest answer for me is, if purists simply want to watch the races at an “event,” then stay out of the food, concerts, Ferris wheels, and other offerings. 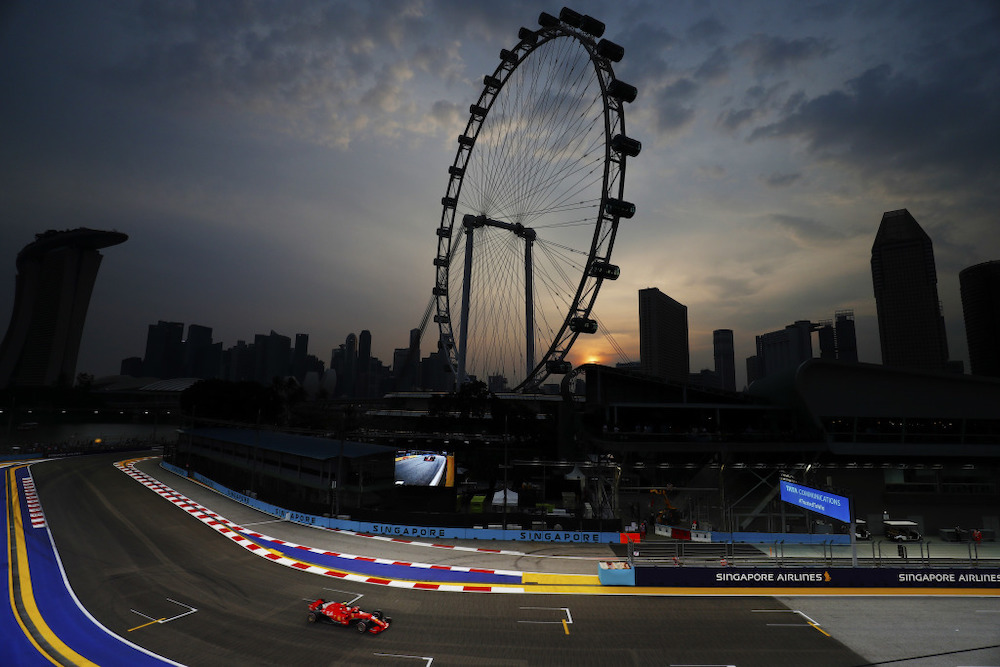 Q: As I’m sure you’ve heard, NASCAR is holding a street race in downtown Chicago next year on the 4th of July weekend. While the visuals might be pretty terrific on TV, the racing is likely to be pretty awful. Of the 12 turns, only three will not be 90-degree left or right turns and there will be little to no run-off zones anywhere. If you thought the last two IndyCar races at Nashville were hectic, wait till you see this!

So why am I writing to you about NASCAR? Well, because this little bump, if they pull it off, demonstrates, yet again, the ineptitude, maybe even the misplaced arrogance, of IndyCar’s marketing department. A street race through the city of Chicago shouldn’t be run by taxis! It must be operated by agile open-wheel machines that can turn and brake and are driven by people who know how to do it in tight spaces!

Once again, the NASCAR marketing team has outdone IndyCar and they managed to do it in the Midwest, the heart of IndyCar country. IndyCar tried to have a race in Chicago in 1981 and failed, largely because they did nothing to get by promoting it after it was announced. I know because I lived (and still live) in downtown Chicago and was an IndyCar official at the time, and all that could be heard in the media after the announcement was the sound of crickets.

And if NASCAR having a street race isn’t bad enough, it’s launching a 10-episode “Drive to Survive”-like show titled “Race for the Championship” that will only further promote and highlight not only the series but, what it is. more importantly, the drivers who are already more visible than almost any other IndyCar driver thanks to NASCAR’s marketing machine.

When will IndyCar wake up and smell the coffee?

MP: I feel like Mailbag has taken over Skynet and become self-aware and sending questions and comments to itself.

We need to acknowledge something here, Steve, and that’s why NASCAR is a much bigger and much more influential name than IndyCar. If IndyCar and NASCAR showed up at the mayor’s door with competing proposals, NASCAR always wins.

Q: For two years now, all we hear is how Colton Herta is poised to become the next great overseas American driver in F1. Who is driving this narrative? I see a fast driver, always on the limit, with very few results to show on his resume. Oftentimes, his mistakes leave most IndyCar fans wondering why he did or didn’t do this at the time.

MP: If you had submitted this a year ago, I would have no idea what you were talking about, but yes, their 2022 has been puzzling. That said, he has been in IndyCar since 2019 and into 2021, he did nothing but impress while winning a bunch of races and learning from the same mistakes all other young drivers make. If all of that is erased because he and Andretti’s team have had a tough year, I’d say that’s unfair.