A fantasy about the legendary Morpheus, a drama about twins with a knack for switching places, and a heartwarming tale of two best friends are coming to Netflix in August.

As for reality TV lovers, Netflix has you covered with a revival series hosted by Danielle Brooks from “Orange Is the New Black” and the Orange County edition of “Selling Sunset.”

As the summer heat heats up, here are the five best new shows to watch on Netflix this month.

The fantasy drama series “The Sandman,” based on the graphic novel by Neil Gaiman, centers on the legendary figure of Morpheus, the King of Dreams, who must set sail to regain his power. As one of The Endless, Morpheus is immortal, but must follow several rules as he oversees the dreaming part of humanity. When Morpheus gets trapped, he must escape his captivity and remedy the problems created in his absence when he finally gets out. Tom Sturridge stars as Morpheus, alongside Boyd Holbrook, Vivienne Acheampong and Patton Oswalt in the adaptation.

Tony-nominated actress Danielle Brooks (“Orange Is The New Black”) makes this revival series even more compelling. If you love watching home makeover shows but aren’t a fan of the long-awaited reveal, “Instant Dream Homes” is for you. This series of makeovers remodels homes in just 12 hours, leaving unsuspecting residents in shock as they see their home transformed before their eyes. Brooks is a spirited host as she encourages the team to preserve during the quick redesign.

See also  Movie Review: 'Athena' Makes Up For Its Flaws With Stunning Visuals

Think “The Parent Trap,” but with a sinister twist. “Echoes” follows identical twins Gina and Leni, who have cleverly traded places since childhood. Despite developing their own lives and relationships, they remain more involved with each other, sharing their secrets in a virtual diary that they both have access to. However, when one sister disappears, the other’s life falls apart. Michelle Monaghan plays both twins in this seven-episode thriller.

Netflix is ​​tugging at our heartstrings with this heartwarming story about two best friends, a lost toy and a boy, looking to reunite. When amusement park prize Zozo becomes jealous of Ollie, Billy’s favorite toy, Zozo kidnaps Ollie. Facing Zozo’s intimidating group, Ollie begins a search for him to find his best friend. Starring Jonathan Groff, Jake Johnson and Gina Rodriguez, the miniseries lets our imaginations run wild as we discover which stuffed animal Really do when no one is around.

Step aside from Sunset, the Oppenheim Group is coming to Orange County! “Selling The OC” features new luxury real estate, cast members, and drama as the show moves to Orange County. According to Jason and Brett Oppenheim, who appear on both shows, the new reality series features a younger cast, which allowed them to “give less F,” Brett told People. Based out of their Newport Beach office, the show features 11 new real estate agents ready to stir the pot. 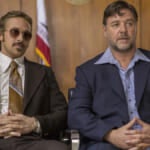