As a psychologist, especially one who has devoted much of her career to forensic science, it’s no big surprise to me that I enjoy memoirs, documentaries, and docuseries. Real-life stories give us access to the incredible diversity of the human experience.

When Netflix and Crime+Investigation UK released the I Am A Killer docuseries I was intrigued, but the premise of I Am A Killer is (deceptively) simple and I admit I was skeptical at first. The summary on Netflix reads: “Death row inmates sentenced for capital murder give firsthand accounts of their crimes in this documentary series.” Because American culture, and television media in general, tends to sensationalize stories and portray them in mostly binary terms, good versus evil, I was wondering if this might just be another dehumanizing portrayal of a bad guy. Or equally bad, an excessively sentimental vision and without responsibility of the people who commit crimes. As someone who has spent much of my career evaluating and working with people who have committed crimes, I can attest that life is complex and people are too. Unfortunately, this nuanced image is rarely portrayed. 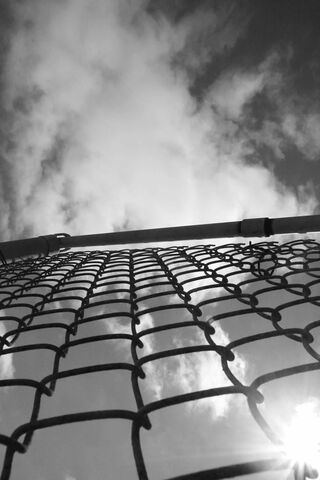 I decided to give it a try, and I don’t regret doing it at all. Convicted killers, most of them on death row in states with the death penalty, share their accounts of the murders in question, as well as their current thoughts and feelings about them. But we also hear from prosecutors, lawyers, law enforcement officials, friends and family who share their stories, thoughts and the impact of the crime.

What results is surprisingly nuanced. As an audience, we expect a story that is simple, one that evokes predictable and clear feelings about everyone involved. One person killed another and was convicted of it. End of story. We expect to feel anger, outrage, and revulsion for the killer, and sadness, compassion, and horror for the victim.

Fortunately, the program often does not give us what we expect. We always feel sadness for the victims and pain for the loved ones left behind. But what we (and the families of the victims) feel about the perpetrators is not always that simple. There are often many layered factors that lead people to the point where they commit terrible crimes, and the show helps us feel the discomfort of seeing the humanity in many of the criminals. As we listen to their stories and their feelings and learn about their own history of trauma, substance abuse, and other influences that led to their behaviors, our feelings toward them become more complex. They are often responsible for what they have done and are even deeply sorry, which also adds to the complexity of our feelings towards them. The show humanizes them, and that’s not always comfortable for a viewer who would rather see them as more than human.

One in three American adults has a criminal record, and there are currently 2.3 million people in prison in the United States. Those statistics make it almost impossible to live in the US and not know someone, or be related to someone, who has been convicted of a crime. And yet, our news, TV shows, and other media continue to portray people who commit crimes as one-dimensional, bad people who seem to have been born that way and should simply be jailed for what they’ve done. This attitude and portrayal is not only harmful to those who have been convicted (and their friends and family), it is ultimately harmful to all of us. Because if we really want to prevent crimes from happening, we need to understand and fix the problems that are created by the humans who commit those crimes.

We all want to think of ourselves as “good people.” Sometimes we do that by seeing people who do bad things as “not like us”, as more than human. We don’t want to imagine that we might be able to commit terrible acts (or even forgive these terrible acts), so we regard those people as something different from us. This thoughtful “otherness” is understandable, but ultimately it simply serves to scare us and misinforms our laws and behaviors towards the people who commit such acts. Worse, it doesn’t stop crime. It doesn’t prevent it because it doesn’t help us see what really drives human beings to commit these crimes. The truth is that nearly 70 percent of incarcerated people were abused as children, which is five times more common than the general US population. Learning disabilities are five times more common in the state prison population than in the general population. I would never suggest that any of these things cause people to commit crimes. However, if we really want to prevent crime from happening, preventing child abuse and improving our education system would be two of the logical places to start.

I would never suggest not holding people accountable for what they have done, and neither does the I Am A Killer show. But I appreciate that the show allows the viewer to see a crime committed within its context. See the human story of criminals and victims and the effect that trauma and substance abuse can have on all of us. This series contains one episode per offender, and it can only scratch the surface. But it is a surface worth scratching for all of us if we want to create a society and a world that produces fewer victims.