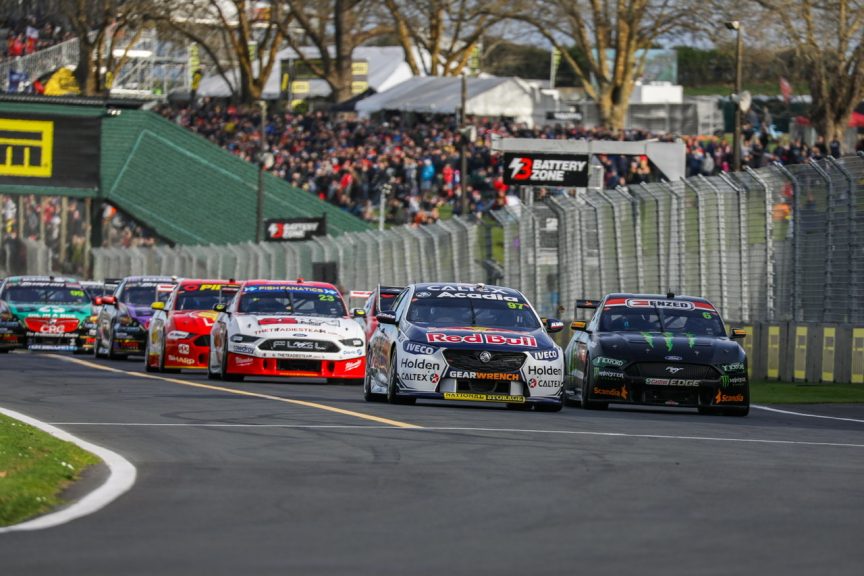 The famous Pukekohe Park race circuit will be preserved on the leading motorsports simulator service, iRacing. Confirmation of the agreement between iRacing and the circuit’s owners comes during the week of the Supercars Championship’s last appearance on the track.

iRacing is the world’s leading motorsports simulation platform, best known for its incredible realism and accuracy. All vehicles and tracks on the platform are laser scanned and digitally replicated with unmatched accuracy and detail.

This is not the first time that iRacing has scanned a circuit before its closure in real life; Oran Park was scanned before it became housing in 2010. With motorsport activities scheduled to cease at the circuit in April 2023, the case for iRacing laser-scanning the historic New Zealand circuit became clear.

“Within hours of the announcement about the reuse of Pukekohe Park, we contacted iRacing to scan the circuit and they agreed almost immediately,” said Elton Goonan, CEO of MotorSport New Zealand.

Demand for the digital version of the circuit from competitors and fans was clear with an online petition that garnered nearly 7,000 signatures and garnered the support of “King of Pukekohe” Greg Murphy, as well as Supercars and IndyCar star Scott McLaughlin.

“While we were working in the background, the petition and campaign of James Anderson, a passionate fan and sim racer, certainly helped achieve this,” Goonan added.

“From Supercars to the New Zealand Grand Prix, Pukekohe has hosted many of the world’s best racers and most competitive racing series for nearly 60 years. By bringing the track to iRacing, future generations will have the opportunity to tour the famous circuit exactly as it was before its closure, giving them an insight into what made this track so beloved by so many.”

Pukekohe, best known in recent times for hosting the New Zealand round of the Supercar Championship, has a rich history stretching back decades. The track has seen some of the biggest names in world motorsports tread its pavement since its opening in 1963. During the 29 New Zealand Grands Prix, the circuit has played host to Formula One stars such as Stirling Moss, Graham Hill, Jim Clark , Jackie Stewart, John Surtees and Keke Rosberg have walked the track.

“We are pleased to collaborate on a solution whereby Pukekohe Park lives on for future generations, albeit virtually,” added Paul Wilcox, CEO of Auckland Thoroughbred Racing.

With a host of new content already in the works for iRacing, there is no set release date for Pukekohe Park, however the most important laser-scanned data and images will be captured before the circuit closes.