Considering how late he started on his new car this year, the fact that Paul Miller Racing took the IMSA WeatherTech Sprint Cup title is remarkable.

Team owner Paul Miller has decided to switch manufacturers for 2022, from Lamborghini to BMW, to compete in the IMSA WeatherTech SportsCar Championship. But the team didn’t take delivery of the new BMW M4 GT3 until February, forcing them to miss the Rolex 24 At Daytona in January.

Disaster then struck in the car’s first race when the No. 1 BMW, while running second in the GTD class, was eliminated by a prototype in the Mobil 1 Twelve Hours of Sebring presented by Advance Auto Parts. With any season championship aspirations gone at that point, the focus turned to learning the new car as much as possible while competing for the Sprint Cup title consisting of the eight shortest GTD races.

Inside the Mazda MX-5 Cup: On a level playing field

Snow and co-driver Bryan Sellers won at Long Beach in April and followed that up with a victory at Lime Rock Park in July. Coupled with podium finishes at Mid-Ohio and Detroit, it meant all they had to do last weekend at Virginia International Raceway was start the race for the Sprint Cup crown.

Snow and Sellers led 21 laps at VIR and finished third to put an exclamation point on the achievement. After Sunday’s Michelin GT Challenge at VIR, Snow was pleased with the achievement. 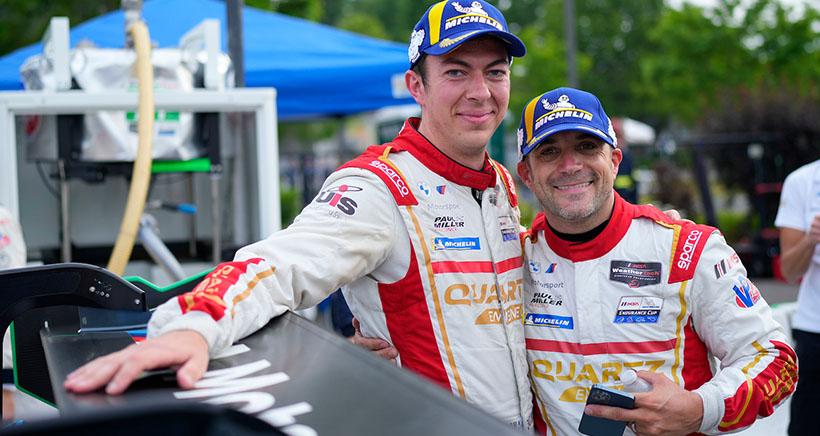 “It’s nice to get something,” he said. “That was the only championship we were able to go for this year by not having a car for Daytona, and we got the Sprint Cup championship.”

Sellers passed credit for the Sprint Cup title to the Paul Miller Racing team, where he and Snow have driven since 2016 and amassed eight wins together, the 2018 GTD season championship and the 2020 IMSA Michelin Endurance Cup.

“It shows the resilience of the team and how they are able to push themselves and give us good race cars week in and week out,” Sellers said. “I’m proud of those guys. It is often overlooked how important your team is and how much they do for you. Every time you win a championship, it’s more about everyone than one person or one car. That’s what makes us proud.”

Team owner Miller was equally proud to help deliver the Sprint Cup manufacturers’ championship to BMW in the first year of the relationship.

“Our team and BMW clinched the Sprint Cup titles, which is incredible,” Miller said. “And now our focus is on helping BMW clinch the annual GTD manufacturers’ title. Our third place (in VIR) helps to achieve this, but we will have to push at (Motul Petit Le Mans) to make this happen for everyone at BMW.”