OTT: The biopic of famous female cricketers will premiere directly on Netflix 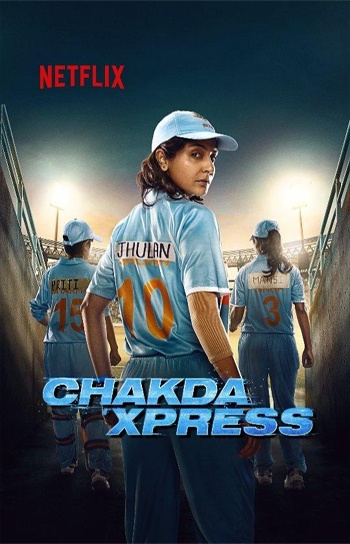 The OTT platform Netflix came up with a new strategy titled Har Din Filmy On Netflix. That is why today announces all its new titles. As part of this Anuskha Sharma Chakda Xpress, you’re also taking the direct OTT route.

The film is based on the life story of famous Indian female bowler and cricketer Jhulan Goswamy. The team released a short video to announce the film’s OTT arrival. We can see Anuskha’s hard work and training for the role of a cricketer in this short video.

The film revolves around Jhulan’s journey from a small town in Chakda to the world cup final. It is directed by Prosit Roy and produced by the actress herself under Clean State Filmz. The broadcast date will be announced soon.

Prepare to be blown away by the life and story of the legendary @JhulanG10 ? Protagonist @Anushka Sharma and led by @prosit_royChakda Xpress is coming soon! #HarDinFilmyOnNetflix pic.twitter.com/tEHkt97EWh

Articles that may interest you:

See also  'End of the Road' Review: Finally, a Netflix Thriller That Works, Thanks to Queen Latifah