NASCAR will make some history this weekend. For the first time, every car on the field of a NASCAR race will be equipped with a live in-car camera.

It will happen this Sunday at the Hollywood Casino 400 at Kansas Speedway, a NASCAR Cup Series playoff race that will air on the USA Network beginning at 3 pm ET. 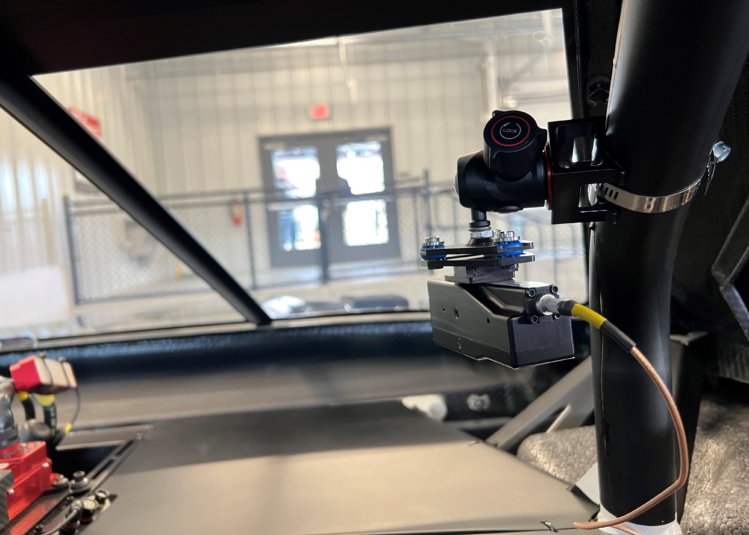 NASCAR will have in-car cameras on every car on the field of a race for the first time at the NASCAR Cup Series Playoffs race in Kansas City this Sunday. (All photos: NASCAR)

“People tune in to a race and want to see what the driver is going through,” he says. Steve Stum, vice president of operations and technical production, NASCAR. “What is the driver seeing? It’s very important for our sport, and for all races, to see that.”

While all of these sources are available to NBC Sports for use on the live broadcast, this effort is designed in large part for NASCAR’s suite of digital products. Each of the in-car camera feeds will be available to stream live on NASCAR Drive, NASCAR’s live race day hub on both NASCAR.com and the NASCAR mobile app. Those video streams are sent to NASCAR Drive through Amazon Web Services (AWS).

“Our goal is to deliver an immersive experience for the most passionate fans in all of sports, no matter where they are.” Tim Clark, NASCAR Senior Vice President and Chief Digital Officerhe said in an official statement on Thursday morning. “We know the important role second screens play in the overall viewing experience. So providing live video from inside each car and along with leaderboards, performance data, pit stats, live betting odds and more is something we’re excited about.”

NASCAR worked with its longtime partner in automotive camera technology, BSI (Broadcast Sports International, owned by NEP Broadcast Services), and NASCAR’s in-house competition team (led by Senior Vice President of Innovation and Career Development, John Probst) to make this feat possible. It included an upgrade to the car’s camera network to 1080p and ensured that the design of NASCAR’s new Next Gen car, which debuted at the start of the 2022 season, would accommodate a standard camera mount near the rearview mirror.

“We redesigned the center of the car so we could broadcast on two different frequencies depending on where the camera was pointing,” says Stum, a veteran of NASCAR broadcasting for more than two decades. “Normal broadcast cameras work in the 1.4 GHz range and these new webcams work in the 7 GHz spectrum. So we had to work to find the spectrum and do some testing and make sure it would work in the wider spectrum. tall”. 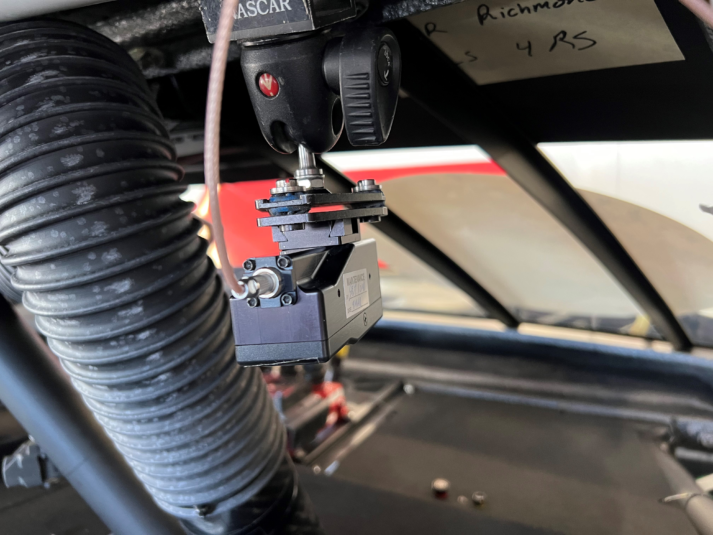 NASCAR worked with longtime in-car camera partner Broadcast Sports International to install the cameras in each car and upgrade the overall system to 1080p.

He notes that the system has been tested in NASCAR races for most of the season and that heading into the weekend in Kansas City, the team feels confident about it.

In-car cameras have been a part of the NASCAR broadcast since the late 1970s. For many years, cameras in every race car have been a goal for NASCAR and its broadcast partners.

On February 18, 1979, CBS broadcast the entirety of the Daytona 500 live for the first time. In that broadcast, a camera, weighing nearly 50 pounds, was installed inside Benny Parsons’ car. In 1981, cars driven by Terry Labonte and Richard Childress were equipped with cameras that added the ability to pan and tilt via remote control.

Dash cams had their biggest party in 1983 when Cale Yarborough won the Daytona 500 with another new dash cam model in his car. The camera produced an unprecedented view of him celebrating from the front dash.

In 1986, CBS gained national recognition when it won a Sports Emmy for in-car camera use in the Daytona 500. These days, NASCAR and BSI implement a robust in-car camera system that has up to four cameras, including in holes carved into the front and rear bumpers. 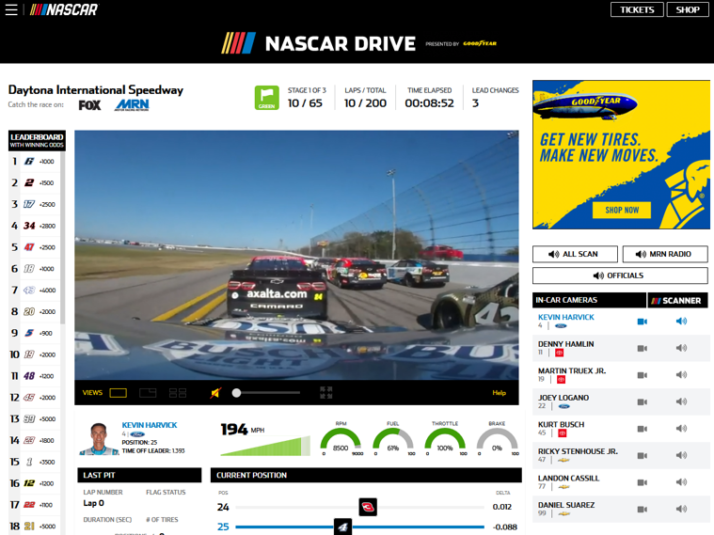 Feeds from all in-car cameras will be available for live streaming on NASCAR Drive, NASCAR’s live race day hub on both NASCAR.com and the NASCAR mobile app.

For those who work behind the scenes at both NBC and Fox, this weekend marks a historic milestone in live coverage of stock car racing.

“I have been in this sport for a long time and [Fox Sports SVP, Field Operations,] Mike Davis And I’ve been talking about this for about 15 years: Why isn’t there a camera in every car? says Stum. “On projects like this, you come up with ideas and wait for the technology to catch up. I think we finally had a chance to have the vision and put the package together. Cameras in all cars: it’s going to be great.”

The second race of the NASCAR playoff round of 16 will air this Sunday at 3 pm ET on the USA Network.