ANN ARBOR, Mich. — Michigan Football’s offense is pretty confident in what it will see this year, not just on that side of the ball, but on defense as well. Of course, there are plenty of new faces on defense, given that several starters headed to the NFL this offseason. But one name (among many) that has gotten a lot of publicity is third-year player and first-year starter Kris Jenkins.

When asked if there’s a player on defense he hates lining up against, fourth-year guard Trevor Keegan immediately offered Jenkins as his candidate, while noting an internal nickname the team has been using for him.

“Kris Jenkins, man, there’s something about him,” Keegan said. “We call it ‘the mutant.’ He is just a monster.

How did that nickname come about? Jenkins says the Wolverines’ strength and conditioning coach gave it to him because he’s tricky by almost every metric: He may seem unassuming as a defensive tackle, but there’s more to it than meets the eye.

“That came from, I mean, about a year ago, going to fall camp last year,” Jenkins said. “Coach Herb, he was talking about each player individually, how he did for them in a weight session and he just gave me the nickname, ‘the mutant,’ and it’s stuck ever since. We have been keeping it.

“They say it’s because, because of my size, you wouldn’t think I’m strong or that I can move as fast as I can, or as strong as I am. So, that’s the meaning behind it. So, I really liked it because it puts pressure on me to measure up.”

Jenkins isn’t the only one with a nickname. Perhaps to the annoyance of his teammates, he rattled off some of the other players’ terms of endearment. One has been widely known, but the others we don’t know will be popular with fans.

“We have ‘the sheriff,’ Carter Selzer, ‘the sheriff,’” Jenkins said. “Actually, he’s an official sheriff now if I’m not mistaken after our community service trip to the Flint Michigan correctional facility, but yeah.

“Mazi, ‘the weirdo’, no doubt. We have Dominic Giudice, the “dominator” of his nickname. We have other guys. Rashaun Benny, ‘radiator’.
George, George ‘choo choo’ Rooks, his name is quite difficult in my opinion!

As for his tricky ability on the field, Jenkins remains humble, though he embraces the nickname. He says fans will be able to see for themselves when Michigan opens the season Saturday against Colorado State.

“I mean, I don’t want to honk my own horn too much, but I’m pretty fast,” Jenkins said. “I’m pretty fast. Nice, quite strong. I want to say that I will let the day of the game speak for me. If there’s a screen on the outside, you know, like a quick pass to the outside, you’ll see me running, you guys get to decide!

Keegan agrees with his assessment, noting that it’s a really tough matchup for anyone to go up against him.

“He’s definitely worked on his pass rush moves,” Keegan said. “He has a lot more on the table there. He plays with such good leverage in the running game that it’s hard to move him at times. So he’s become a complete defensive lineman, he’s playing really well.” 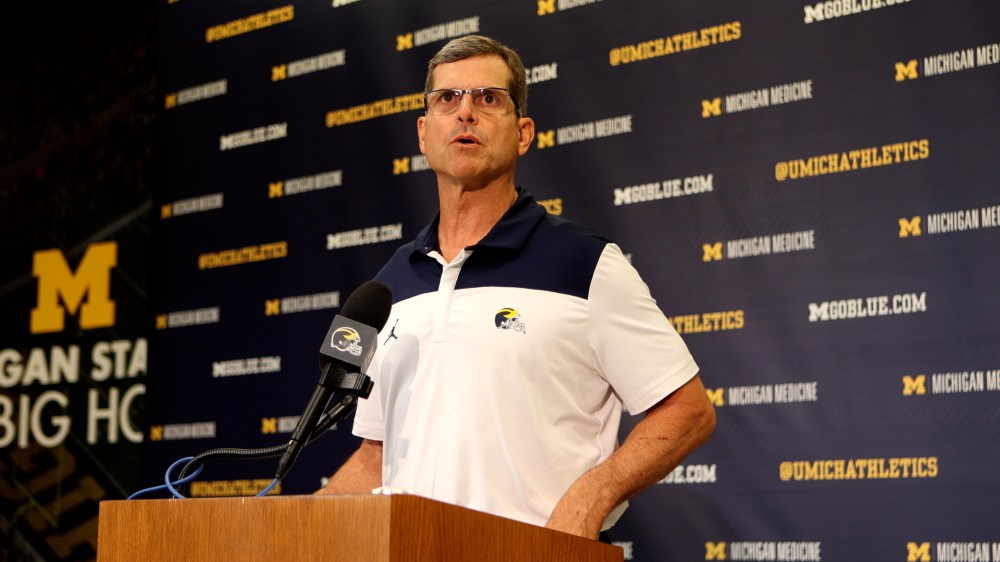