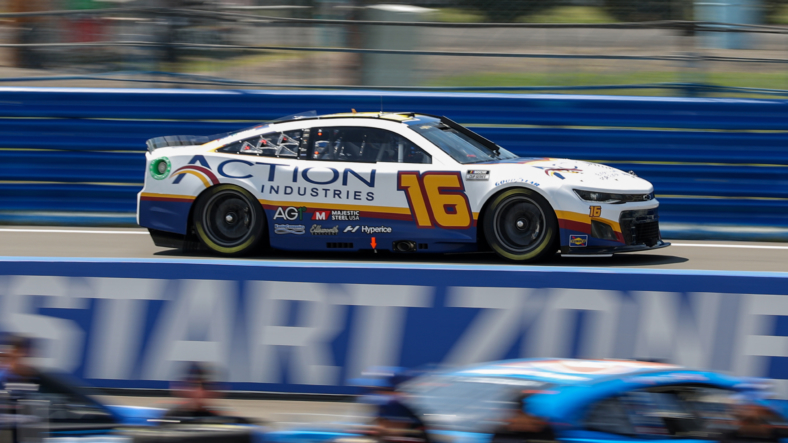 Kaulig Racing has been in the news lately when it comes to its 2023 plans and speculation will continue until the NASCAR Cup Series and Xfinity Series lineups are finalized.

Let’s dive into the latest updates from Kaulig Racing.

Related: NASCAR schedule: races today, this weekend and how to watch

Kaulig Racing could be ‘taking a step back’ on Kyle Busch

Kaulig Racing has been a suitor for Kyle Busch and while they may still be in the mix, the organization could be taking a step back when it comes to its pursuit of the two-time champion.

According to Jordan Bianchi of The Athletic, Kaulig Racing might not be in the running for Busch right now. However, he stressed that it can change and has been changing hour by hour, which Busch has echoed.

“From the conversations I’ve had with people, it sounds like Kaulig Racing is maybe taking a step back and maybe not in the running for Kyle Busch anymore. I’m not saying it can’t change, because you know it. A proposal that is not there today, could be tomorrow”.

This comes after much noise that Kaulig Racing could be Busch’s organization in 2023 and beyond. As stated above, this doesn’t mean you can’t change, but it is alarming to those who want you in the organization.

Bianchi spoke further about the most likely destinations for Busch if Kaulig Racing were no longer as relevant in the discussions.

“But as of right now I would look at Richard Childress Racing and 23XI Racing as the two teams that could be possible destinations for Kyle Busch and then Kaulig Racing is still a little bit in the mix.”

Jordan Bianchi on the possible destinations of Kyle Busch

Richard Childress Racing and 23XI Racing continue to be good options for Busch, as it seems unlikely that he will return to the No. 18 car for Joe Gibbs Racing next season. 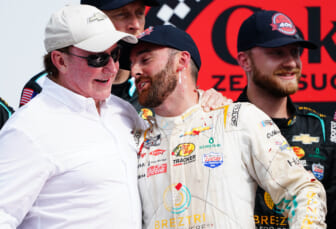 This potential development raises the question of what will happen to Kaulig Racing’s No. 16 car in the NASCAR Cup Series next season.

Possible thoughts on Kaulig Racing’s No. 16 car in the NASCAR Cup Series

Kaulig Racing currently has two full-time entries in the NASCAR Cup Series with Justin Haley driving the No. 31 car while many drivers run part-time in the No. 16 car.

Busch has been linked to Kaulig Racing, where he would likely drive the car, but that idea appears to be running out of steam. If that continues, what will the organization decide to do with its second inning?

One idea would be to continue driving the car part-time with its NASCAR Xfinity Series drivers and any other drivers that make sense. Noah Gragson was one of them, but he will drive the No. 42 car for Petty GMS Motorsports next year. 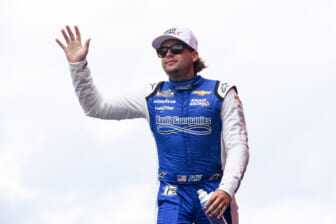 Another idea would be to sign a full-time driver. Daniel Hemric would be the driver to lap due to multiple factors. Hemric might be struggling this season despite being the defending Xfinity Series champion, but he deserves another chance.

The 31-year-old ran well in the No. 16 car and has a driver rating close to Haley’s rating, despite not being a full-time driver. Hemric’s best finish came at Auto Club Speedway when he finished ninth.

AJ Allmendinger has been strong in the car, specifically on road courses, but whether he would like to re-enter the Cup Series full-time remains to be seen. It might be more likely for Hemric than for Allmendinger.

Either way, the Cup Series lineup isn’t the only thing Kaulig Racing is trying to figure out for the 2023 season.

There is a possibility that Kaulig Racing’s lineup in the NASCAR Xfinity Series could experience some movement. This may not even depend on whether a current driver also jumps into the Cup Series.

Landon Cassill currently drives the No. 10 car but the entry has seen movement in the past two seasons. Ross Chastain and Jeb Burton fueled the entry and moved on when the season concluded. Of course, it was for different reasons that Cassill might not face.

The 25-year-old impressed with the entry of Sam Hunt Racing and would be racing for wins straight away. Nemechek and Kaulig Racing would be the most perfect match imaginable if there was movement.

Jeffrey Earnhardt would be an out-of-the-box option for Kaulig Racing if things work out. Earnhardt has some sponsorship and would be a good fit for the organization.

The 33-year-old is looking for a break and has given other drivers, like Burton and Cassill, opportunities to prove they belong in the Xfinity Series.

Both drivers would make sense depending on what happens with the lineup. It is certainly a situation to watch as Kaulig Racing looks to finalize its lineups for the 2023 season and possibly beyond.