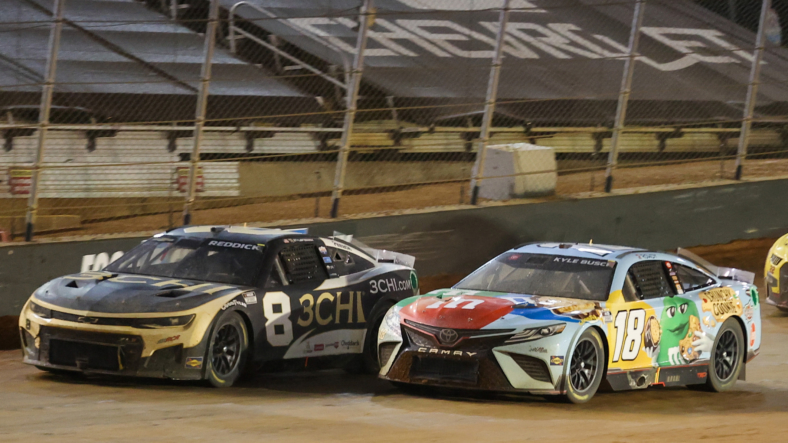 Kyle Busch is likely to join Richard Childress Racing in the NASCAR Cup Series for the 2023 season, according to Adam Stern of Sports Business Journal. It’s not unexpected after rumors started heating up over the last week.

Why is Busch likely to move to Richard Childress Racing, what does this mean for Kyle Busch Motorsports and others, and what are the possible next moves in NASCAR’s silly season?

No one could have reasonably predicted the idea of ​​Busch possibly having a ride with Richard Childress Racing before the 2022 season began. It was fueled by a decision by Mars to leave the sport at the end of the year.

There were many options available to the 37-year-old driver and there was a great deal of work that needed to be done during the process. It’s certainly unexpected to see Busch leave Joe Gibbs Racing.

Some of the other options during the process included 23XI Racing, Kaulig Racing, Stewart-Haas Racing and Joe Gibbs Racing. Hendrick Motorsports was launched, but nothing came of it.

At the end of the day, a return to the No. 18 car for Joe Gibbs Racing made more sense, but that’s clearly not the decision. It is a failure on both sides not to continue this partnership if it was the number one goal.

23XI Racing didn’t have a spot for Busch if his brother Kurt Busch decided to return next season. Kaulig Racing and Stewart-Haas Racing went in different directions late in the process. 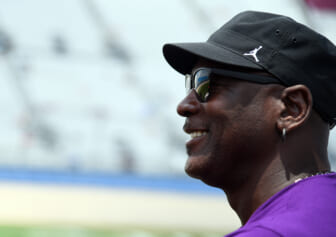 The move to Richard Childress Racing was the most realistic option if he ever left Toyota Racing. The organization represents the best realistic team for the Chevrolet field in terms of competitive teams chasing Busch.

Plus, this is going to help Chevrolet not only in the Cup Series, but also in the NASCAR Truck Series, as the Busch organization will be ready to move to the manufacturer.

NASCAR Truck Series: Impact on Kyle Busch Motorsports and others

Kyle Busch Motorsports currently has Chandler Smith, John Hunter Nemechek and Corey Heim as its drivers; however, most, if not all, are drivers for Toyota and not for the organization.

So if Kyle Busch Motorsports is going to switch to Chevrolet, it seems unlikely the drivers will make the switch as well. Toyota Racing may need to increase support among its teams and find other landing spots.

It’s going to be a massive, massive change in the landscape of the series. Seven Toyota drivers made the playoffs compared to two Chevrolet drivers and one Ford driver. Now, one of the top organizations in the Truck Series could move to Chevrolet.

Chevrolet would absolutely love this move as it increases their presence in the series. Most of its drivers struggled during the 2022 season after GMS Racing reduced its presence due to the NASCAR Cup Series schedule.

It’s impossible to predict what will come next in the Truck Series. Who would be the drivers for Kyle Busch Motorsports as a Chevrolet team? It would be Chevrolet’s best program in the series over GMS Racing.

Top prospects are likely to move into the organization, which is similar to what has been done for years with Toyota Racing. It will be very interesting to see who will join the team.

Also, could a team like Hattori Racing get more support from Toyota and nab its drivers who were left out of the race due to Kyle Busch Motorsports’ move to Toyota? Who will become the best Toyota team now?

There are many questions that will be answered but all of them will have a solution in due course.

Assessing the next moves in NASCAR’s 2023 silly season

Busch’s move to Richard Childress Racing raises more questions than answers compared to returning to Joe Gibbs Racing next season. It all starts with what’s next for Tyler Reddick.

Richard Childress has previously said he could add a third car for Busch, but is there a chance it can’t be leased? Childress could put Reddick in a third non-chartered car as a result of the announcement. 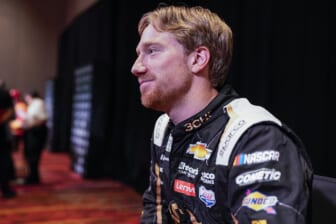 If that doesn’t happen and Reddick isn’t in the authorized inning, he could be out of a race next season. Perhaps 23XI Racing could somehow find a way to bring it in sooner than initially planned.

As for the No. 18 car remaining vacant at Joe Gibbs Racing, it will almost certainly be Ty Gibbs. It wouldn’t be a surprise after Gibbs has been filling in for Kurt Busch. Granted, it wasn’t fantastic, but expected for a young driver.

This opens the door for Sammy Smith to enter the NASCAR Xfinity Series program full time. The new era of Joe Gibbs Racing is coming soon with Gibbs, Smith and Christopher Bell representing the future after years of fielding an older driver line-up.

Now that it will probably be Richard Childress Racing for Busch, it looks like Kaulig Racing will have announcements during Fan Day on Oct. 5, which is about a month from now. The organization is scheduled to have a “paint scheme unveiling and driver announcement for the 2023 NASCAR Cup Series.” 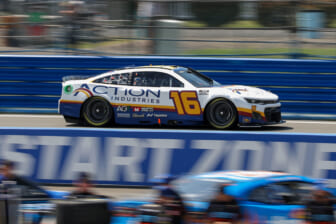 AJ Allmendinger and Daniel Hemric seem like obvious candidates to fill the No. 16 car if it has a full-time driver. Then there will be a gap in the Xfinity Series lineup that could see someone like Jeffrey Earnhardt fill the role in the future.

Stewart-Haas Racing appears to have its lineup set on the NASCAR Cup Series side. The only question is whether Cole Custer stays in the No. 41 car or whether Ryan Preece takes over the ride. It makes more sense to stick with Custer and give him another season.

On the Xfinity Series side, could Riley Herbst see himself landing at JR Motorsports? The No. 9 car needs a sponsored driver and Herbst could be on the verge of winning a race with the speed and improvement seen this season. If not, a return to Stewart-Haas Racing makes sense.

There will be a lot of moves coming from Busch moving to Richard Childress Racing. It’s a massive change in the NASCAR landscape, but the speculation could come to an end soon.