ONE fateful night in a Boston nightclub forever changed the career of a former NBA player.

In September 2000, 22-year-old Boston Celtics forward Paul Pierce was out with friends at a private event.

In the early hours of the morning, Pierce was stabbed eleven times in the face, neck and back, and was “hit over the head with a bottle,” according to ESPN.

He even had to undergo lung surgery.

Fortunately, his injuries were not life-threatening, and looking back, Pierce even cited this traumatic incident as a motivating factor in his NBA Hall of Fame career.

In an interview with Showtime’s ‘Ticket + The Truth’ and ‘Forgotten Seasons’, Pierce admitted that his “stabbing incident really motivated me to be on the court.” 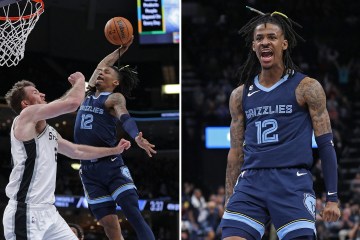 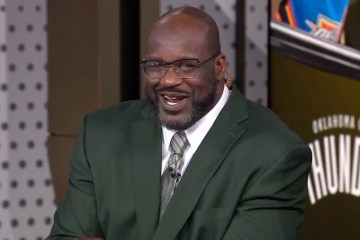 He continued: “I just wanted to be on the court and not think about it. It really helped me focus.

“Some things you go through in life really help you focus on what you really need to do. And me going through that incident was like, ‘man, I really need to focus on basketball.’

Pierce then explained how his new approach “took up my whole life,” even going so far as to separate friends from family.

The 2000-01 season was his best year to date, playing in all 82 games for the Celtics and racking up new career highs in minutes, rebounds, points, and assists.

In fact, after the Celtics were defeated 112-107 by the Los Angeles Lakers in 2001, basketball legend Shaquille O’Neal dubbed Pierce “the fucking truth.”

See also  The Most Underrated Sports You Should Start Betting On!

“I flew home, I didn’t even tell my friends, I flew to LA, got a hotel room, watched the All-Star Game, ordered food service, and said, ‘I’m never coming home from the All-Star Game. again. And then after that, I did it every year from then on.”

Over the next sixteen seasons, Pierce would establish himself as a Celtics legend.

He became a ten-time NBA All-Star, NBA Champion, NBA Finals MVP, and was named to the league’s 75th Anniversary Team.

And looking back, Pierce explained how he turned this traumatic experience into an opportunity to get better.

He said: “You know, sometimes you go through traumatic things and it can take you one way or another and I felt like it was a change for the better.

“It doesn’t always have to be bad things that happen to you, it can be some good things that change you. But for me, it not only changed me as a person but also as a player.”