It’s not your typical practice session at Grand Bend Speedway.

Passenger, John Klages is fulfilling his lifelong dream of racing around a race track in a race car.

“It was amazing,” Klages says, smiling and sweating.

Klages, 68, who was diagnosed with dementia three years ago, was asked if there was a dream he wanted to fulfill when he checked into Queensway long-term care home in Hensall in March. 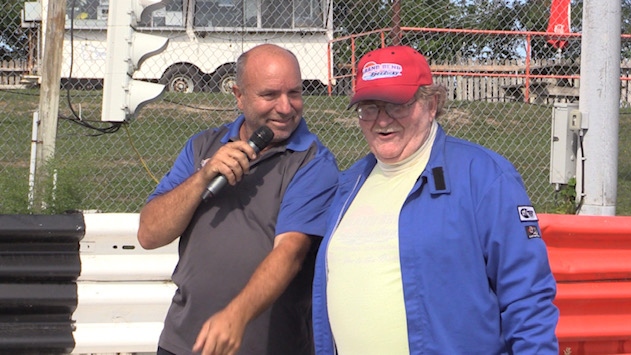 Gord Bennett, co-owner of Around the Bend Driving Experience, and John Klages talk before their trip around the track in Grand Bend, Ontario. on Wednesday, Sept. 7, 2022. (Scott Miller/CTV News London)

As a lifelong NASCAR fan, Klages asked for a ride in a race car. On Wednesday, that dream came true at the Around the Bend Driving Experience in Grand Bend.

“I’ve been to every race in the United States, so I wanted to experience this to top it off,” he says.

Klages got the full racing experience, with 10 laps of thrilling racing, the pre-race interview, a limousine ride for his entourage courtesy of Wave Limos, and even someone singing O Canada, before hitting the track, in front of a crowd. of excited family and friends. 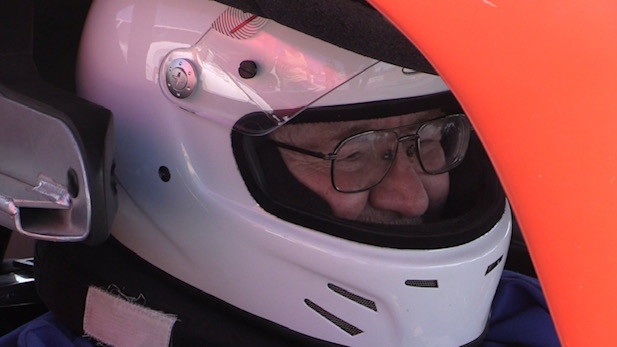 “His eyes lit up with excitement,” says his wife, Janice. “For so long, he has been so excited. I am so blessed by everyone at Queensway making this dream come true. And everyone else to come. He has been comforting,” she says.

Queensway Programs Coordinator Margaret Sutherland says the Bridges to Dreams program is something they have been doing for a number of years for their residents.

“We did a fashion show where someone kept all the outfits, he also sent us a video of Dan Marino, for one of our residents, which was really cool,” she says.

This may have been the loudest and most moving dream yet fulfilled, Sutherland surmises. 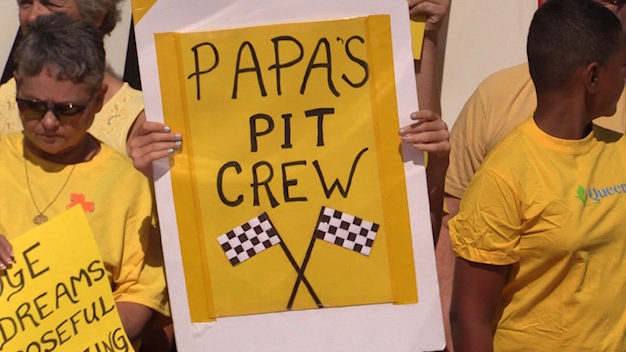 “I used every inch of that race car because it’s important to me that they feel like this is the best thing they want to do. I’m lucky to be a part of this,” says Gord Bennett, co-owner of Around the Bend and Klages race car driver.

“I know this was his dream for a long time, so I’m happy for him,” says Klages’ granddaughter, Erica Pearson, holding up a sign that reads “Papa’s Pit Crew.”

“I felt like we were going 100 miles per hour. The burnouts at the end were great,” says an emotional and grateful Klages. 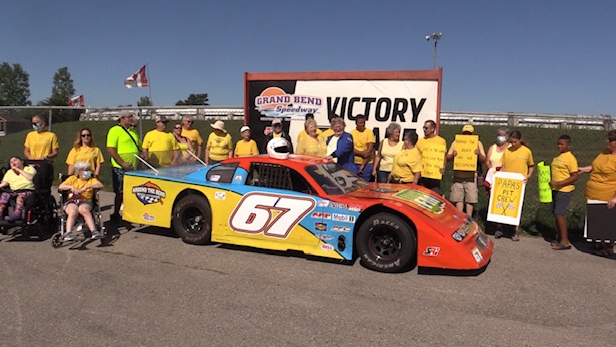