With a strong field of Sprint Car drivers and a large turnout, the event was considered an all-round success. The event was won in exciting fashion by rising star Buddy Kofoid.

“Very happy with the success of our first event,” said Larson. “It’s great that Sheldon, who is one of the best racers we have in our sport, wants to help promote an event at his hometown track. It’s an opportunity we couldn’t pass up.” 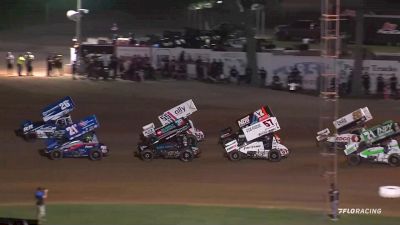 Like the High Limit Open, the Buckeye Brawl at Wayne County Speedway will offer a rich purse that includes $22,022 for the winner of the race. Once again, Larson is expected to compete behind the wheel of No. 57 Paul Silva. In addition to Larson, a strong field of the biggest names in the sport is expected once again.

Haudenschild, who will assume the role of promoter of this event, will not participate.

“I am excited to be involved in bringing great paid racing to our local track,” Haudenschild said in an event press release. “Wayne County Speedway has proven itself capable of hosting well-attended and competitive races. The fans, the teams and the drivers are what make it possible.”

The Sheldon Haudenschild Buckeye Brawl, as well as the entire 2023 High Limit Sprint Car Series schedule, will be streamed live on FloRacing. If you are not yet a FloRacing subscriber, Click here to sign up today.

Learn more about the High Limit Sprint Car Series at highlimitracing.com and on the following social media accounts: