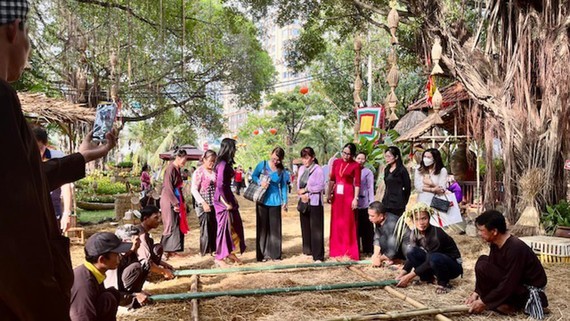 Intercity routes see a positive sign in attracting travelers.
The city’s tourism industry has encouraged districts across the city to create their own unique tourism products and organize tours that visit popular local attractions in response to the “Welcome to Ho Chi Minh City”-themed tour program to invite visitors to return after two years. hiatus due to the Covid-19 pandemic. Travel companies have also recognized that intercity routes see a positive signal to attract travelers.

A Tourist Culture and Cuisine Festival will be held in Cu Chi district from September 1 to 4. The event will provide visitors with an opportunity to visit district attractions such as Ben Duoc Tunnel, Ben Duoc Memorial Temple, a memorial house for the heroic Vietnamese mother Nguyen Thi Ranh, a high-tech agricultural area, fruit gardens in Trung An commune; and learn about the typical souvenir products of the district.

On the occasion of the National Day (September 2), the city’s tourist areas of Dam Sen and Suoi Tien, the Saigon Zoo and the Botanical Garden are expected to attract a large number of travellers. Suoi Tien tourist area will offer free entrance fee for people with meritorious services to the revolution, officers of the armed forces, wounded soldiers, war veterans and heroic Vietnamese mothers.

There are also tours entitled “Recovery of Historical Relics” and “Many Interesting Things” organized by Go Vap and Tan Binh districts.

HCMC has about 30 downtown tours and tour products that travel companies have offered to visitors. In addition, about 20 new tour programs and dozens of nightlife spots are planned to be introduced to tourists in the near future, said Director of HCMC Tourism Department Nguyen Thi Anh Hoa.