The Austrian had made a spectacular start to race two, rising from sixth to second behind his Schubert Motorsport team-mate Sheldon van der Linde.

The DTM points leader was carrying 25kg of success ballast after winning the opening race, with Eng appearing the quicker of the two. But his chances of victory were dashed by a safety car, introduced when David Schumacher cleared Rene Rast in the gravel, which coincided with the start of the pit window.

With DTM rules prohibiting teams from double-stacking their cars under safety car conditions, Eng had to sit out as van der Linde led most of the field into the pits on lap seven, completing a slow course. before arriving on the next lap and rejoining 17. .

Eng was then eliminated on the restart when Felipe Fraga pushed Clemens Schmid’s Lamborghini into him and “had an ABS error, something broke on the front right I think”.

It was the second time Eng had been affected by the rule after an early safety car in race two at Imola, where he had been running ahead of van der Linde, who also shook up the order and forced him to battle into sixth. place. the tail of his teammate.

Eng told Autosport that the Nurburgring race had been “a huge missed opportunity” for a first win of the year as “we had the pace to win this race today”. 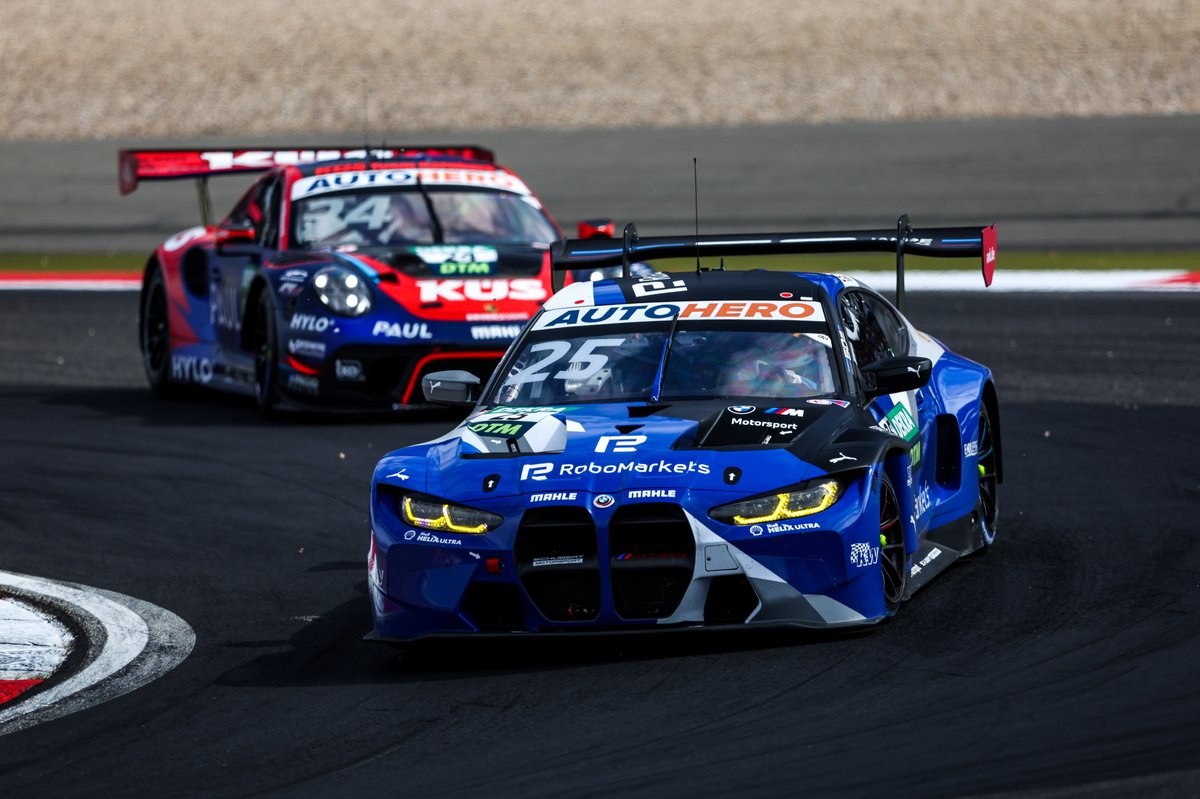 “At the Norisring we had a full yellow for a few laps. [at the start of the pit window after Alessio Deledda punted Esteban Muth into Franck Perera]and in my opinion this worked perfectly,” he said.

“You just, if there’s an incident, turn the whole field yellow, wait until everyone has made their pit stop and then the race can go back to green with no problem.

“As it stands now, you screw up more than 50% of the field, or a little less because there are some teams that only have one gate.

“Maybe this needs a rethink, because it was also the case that it was a problem for me at Imola, and here too.”

SSR Performance driver Laurens Vanthoor was running ninth before the safety car, three places behind finalist Dennis Olsen. The Belgian was also affected by the rule, as he had to follow Eng for another lap before pitting and rejoining at the back of the pack.

Speaking to Autosport after finishing 11th, he agreed with Eng that the ruling was “unfair” and revealed that it had “already been discussed several times” with disgruntled drivers.

“Obviously you’re always more vocal if you’re in that situation compared to when you’re not, but I don’t understand how there can be such a rule,” he said.

“Half the field gets an unfair chance and his career is basically completely screwed up. He was at the point where he was next to last because of this.

“It’s unfair for half the field. I was in the situation but I would think the same if it were the other way around.

“I see absolutely no valid point in doing it this way.”