It’s something of an anniversary for Juncos Hollinger Racing as the restarted team owned by Ricardo Juncos and Brad Hollinger returns to Portland, where the JHR IndyCar team made its debut in 2021.

As Juncos Racing, the team joined the NTT IndyCar Series in 2017 and wrapped up the effort after the 2019 Indy 500. Introduced to Hollinger, a well-known healthcare executive and avid racing fan, the Argentine and American teamed up. forces to bring back the renowned team. to IndyCar for a three-race season last year on the West Coast.

Armed with the coveted Briton Callum Ilott as driver of the No. 77 Chevy, there were glimmers of promise in Portland, Laguna Seca and Long Beach. But it had a big change during the offseason, when JHR acquired the IndyCar assets and many of the best crew members from the former Carlin Racing team to give a proper representation of its capabilities.

“It’s better than what we saw in terms of the performances when we got back to Portland,” Juncos told RACER. “That’s for sure. It feels like a long time since we’ve been there, because the team has changed a lot since Brad and I put the team together with Callum to drive for us. A lot has changed for everyone.

“I never expected to be performing in Fast 12 earlier this year at Barber; I was thinking more about what would happen in the second half of the year, but obviously the results didn’t show up because we made mistakes. We are the only team with one car and one rookie, right? So that’s where we’ve taken off and then there’s been some really good times. I am happy with everyone in the team and we will continue to build.”

McLaren wins CRB battle for Piastri and confirms seat for 2023

Juncos and Hollinger, former co-owner of the Williams Formula 1 team, have formed a strong partnership in which future growth and expansion beyond a single entry seems inevitable.

“I think Brad is happy too and we are connecting really well with each other,” Juncos added. “That symmetry between us is fantastic and that obviously translates to being good for us to make the team better.” 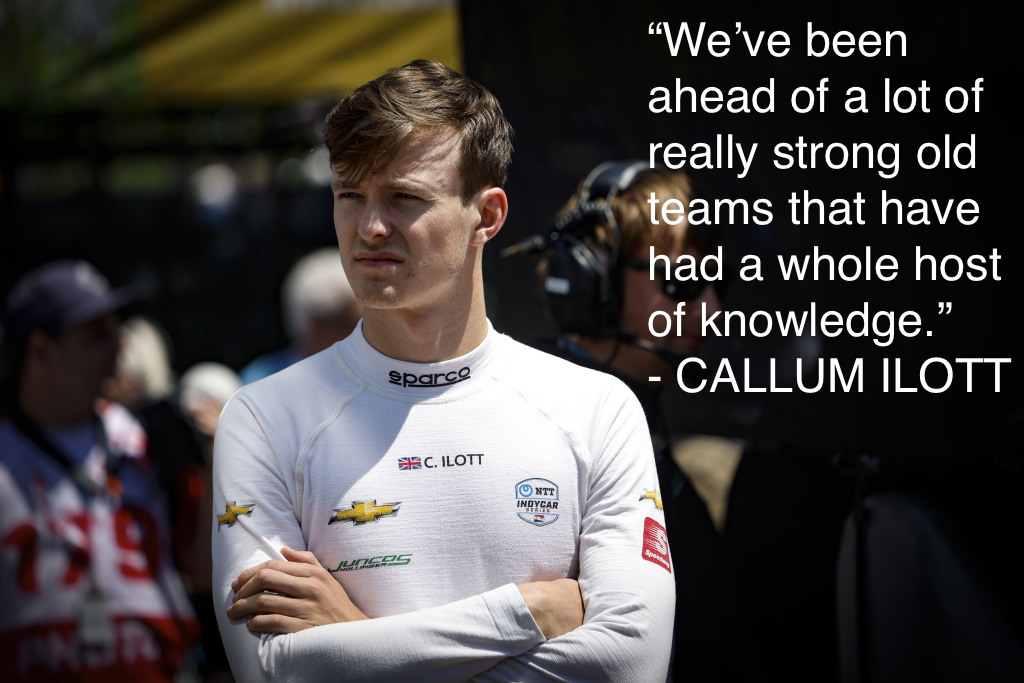 From Ilott’s perspective, the JHR of a year ago is unrecognizable for the team that made five Fast 12 appearances and produced a pair of seventh-place finishes as IndyCar’s smallest team.

“We’re very different now personnel-wise and obviously we had a harder start last year than we wanted, but I think from where we are now with the car – on the mechanical side, the engineering side, with how The whole alliance with Carlin benefited us, we’re making big steps forward,” Ilott said. “We’ve tried to build on that and I think, especially in the first five races, we made big steps to try to improve on the road circuits. and strays, which I think we’ve done often.

“Coming here to Portland a year (later), I can’t tell you how much more organized and relaxed everything is. Last year there was such a rush to get everything set and ready. We entered qualifying last year, my first in IndyCar, and I had no turn signals. They were things like that. But I’m very happy with where we’ve come to.

“Perhaps the results have not been a breakthrough, but we have had flashes and again, I remember that this team is now completing its first year together. We’ve been ahead of a lot of really strong old teams that have had a huge amount of knowledge. So for that, we should be proud, but there is more ground to cover.”